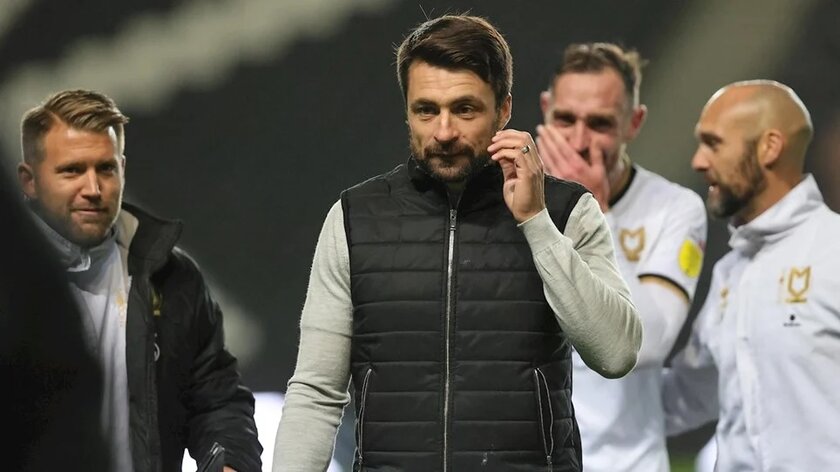 Milton Keynes Dons signed veteran midfielder Andrew Surman yesterday and he looks set to make his debut for the club this Saturday.

The Dons are home to high-flying Hull City this Saturday and the South African-born former Premier League player is fit and ready to contribute from the get go.

He has been training for former club AFC Bournemouth throughout the summer while he has looked for a new club, so could feature prominently for the Dons now that they are missing Louis Thompson for an extended period.

Speaking in this morning's press conference, manager Russell Martin spoke of how the deal to sign Surman came about as well as how he is feeling ahead of the Dons' next match.

He explained: "Surs is someone I’ve spoken too for a while. I’d have loved to do it earlier but with everything going on it wasn’t possible."

"We are now light on bodies and needed someone in. I don’t think you’ll find a better free transfer at this stage of the season."

He added: “He had a few offers from Championship clubs but he’s paid attention to what we are doing here and he really likes it."

"He’s excited to be here and will be a great addition. He’s someone I really trust and respect, and he adds experience to our spine."

He concluded: “He will be in the squad for Saturday. He’s been training with Bournemouth throughout this period. He won’t be match fit as he’s not played for a while but he’s ready to go in terms of baseline fitness."