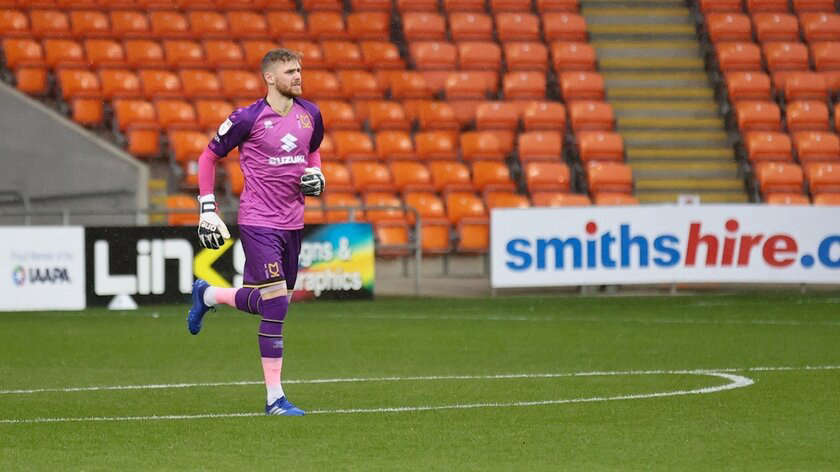 Milton Keynes Dons head coach Liam Manning has confirmed that goalkeeper Andrew Fisher is on the verge of leaving the club.

Rumours have been rife in recent days linking Fisher with a reunion with former boss Russell Martin at the South Wales club, and it has been confirmed that the Dons have accepted an offer for their incumbent number one stopper.

Fisher, 23, originally joined the Dons on loan from Blackburn Rovers during the 2019/20 season, providing depth for the club before the season was curtailed due to the ongoing Coronavirus pandemic.

The former Northampton Town loanee then linked up with Martin and the Dons during the summer of 2020, going on to replace Lee Nicholls as the first-choice between the sticks - going on to make 64 appearances in all competitions.

Now, his future lies away from Stadium MK as the opportunity to reunite with Martin in the Championship was seemingly too good to turn down.

This leaves the Dons with just Franco Ravizzoli as a recognised first-team goalkeeper after the departure of Laurie Walker to Stevenage last week, with the Argentinian set to start against AFC Wimbledon tomorrow night.

Speaking at today's press conference, Manning commented: "There has been a lot of talking in the last few days but we’ve got to this stage where we’ve accepted a bid from Swansea."

"It’s not ideal timing and there has been a lot of frustration with how it’s been handled and the noise that has been created. We’re ready to move on."

He added: "We need to put out energy into tomorrow. Franco [Ravizzoli] did well against Charlton [Athletic] and [Leyton] Orient - it’s important we get behind him and support him."