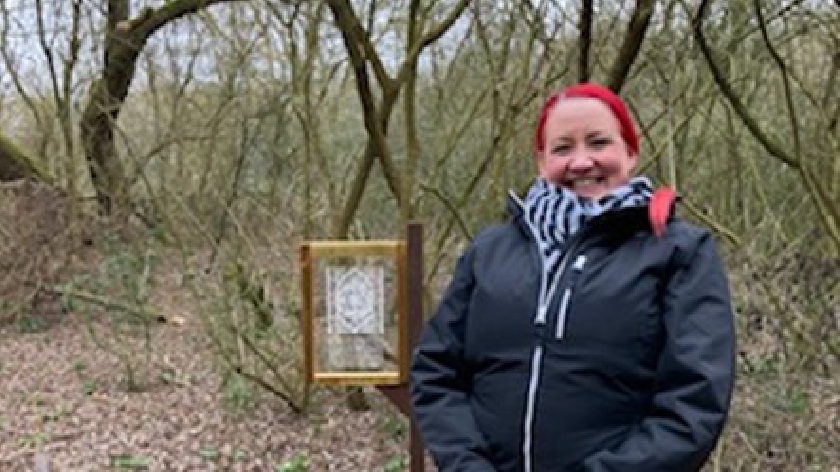 Image: Artist, Liisa Clark with one of her new Artworks sited at Bradwell Abbey

The peaceful grounds at Bradwell Abbey are now home to thought-provoking new additions for people to enjoy during their daily exercise.

Milton Keynes City Discovery Centre's (MKCDC) project ‘Bradwell Abbey and Me’, made possible thanks to funding from The National Lottery Community Fund and Milton Keynes Council through their Sharing Culture programme, saw the Living Archive MK, in collaboration with Inter-Action MK, train young carers in filming, photography and oral history techniques. These new skills were then utilised in a series of interviews with members of the public who enjoy a connection with the medieval site.

The interviews led to the second phase of the Project, the Woodland Walk, kindly funded by Santander. Liisa Clark used the footage and recordings as inspiration for eleven artworks, her intricate drawings laser etched onto clear acrylic.

Liisa Clark, MKCDC artist in residence, said of the process:

“I was able to watch all of these wonderful stories that shared memories of people’s connection to this amazing site, and the most poignant element was the special sense of ownership that each person had with the Abbey and its grounds. As such, I felt a huge responsibility to each individual to create something that honoured those words and their memory. As the words held such meaning, I chose to include them within the artworks, so the viewer is able have a greater understanding of the drawings and my response.”

The multi-talented Liisa has also illustrated and written two of three new wildlife information boards, supported by The National Lottery Community Fund. The panels, designed by Paul Mesham, will help visitors engage with, and learn more about the species and habitats on site. Alongside new activity sheets for younger wildlife enthusiasts now available from MKCDC’s Facebook, Instagram and Twitter pages, and from the MKCDC office, weekdays 9am-2pm, they’re a great way to make family walks fun! 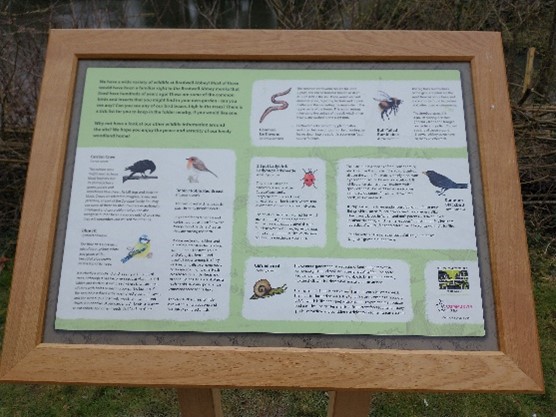 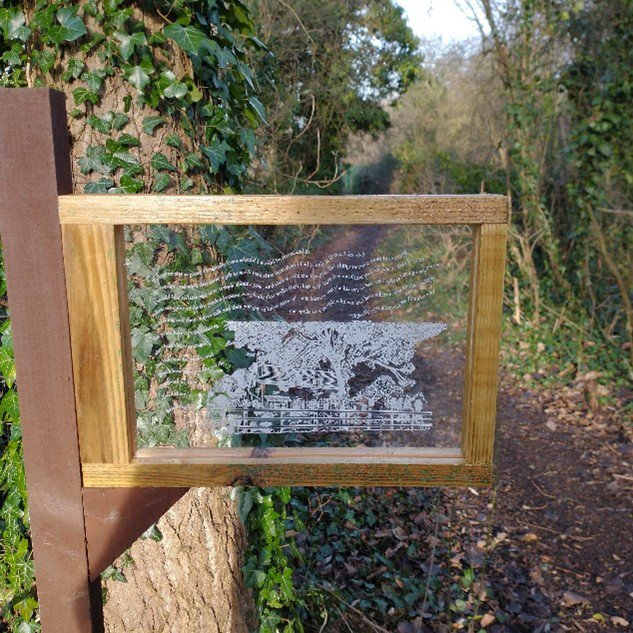 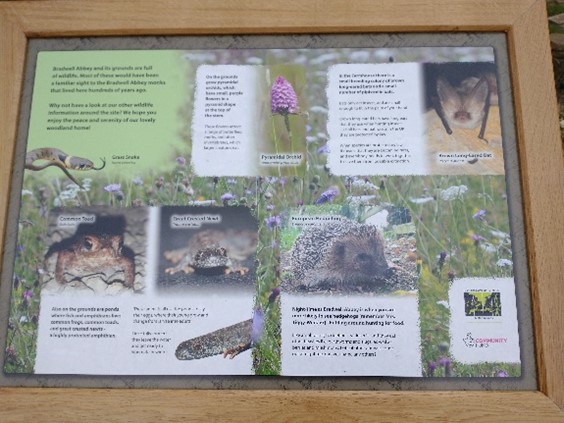