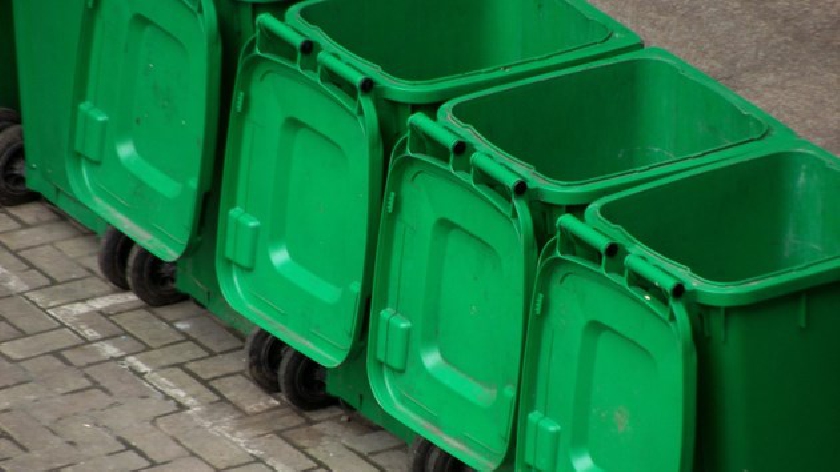 Waste gurus at the council are puzzling over the nitty-gritty of introducing wheelie bins across Milton Keynes – including what to do with all the extra rubbish that some residents can’t squeeze in.

A trial at 3,000 homes in MK revealed that more than a quarter of families put bags next to their wheelie bins for recycling at Christmas.

And 13 per cent had to put out bags for extra recycling and their residual rubbish.

At a meeting yesterday (Wednesday) the council’s head of environment and waste, Nicholas Hannon, said an “overwhelming majority of people said they would have enough space.”

But the council is wrestling over accepting side waste.

Waste management specialist David Proctor said: “We are having to develop a better side waste policy going forward because it defeats the object of having bins if you allow lots of side waste.”

It has taken bin crews up to 50 per cent longer to do wheelie bin rounds than to collect sacks, but carrying sacks has caused injuries.

The committee heard a staggering statistic that over Christmas Milton Keynes threw out as much waste as a city twice its size.

And with more people working at home, the domestic waste mountain is growing.

The council also wants to encourage people to sort their waste out because rubbish in the wrong bin costs a small fortune to fix.

Mr Proctor said he thinks the answer is “getting the bin volume right”.

The council has been using 180 Litre bins and has the option of 240 Litre bins when people get four.

They are also figuring out what to do about collecting rubbish from narrow streets where wheelie bins block pavements and where people simply don’t have the space.

Boxes have been given out in some parts of the trial area, but they are not liked by the public. Opinion is split roughly 50:50 between bags or boxes.

Boxes have much less space for rubbish so there is the added question of fairness of space between the haves and the have nots.

But unless the council leadership performs a U-turn of spectacular proportions, a decision to adopt the new system, due to be made on March 23, is nailed on inevitable.

Conservative members of the strategic placemaking scrutiny committee abstained on supporting the principle, saying it did not make sense to do so while there were still unanswered questions.

But Labour and Lib Dem councillors supported the move, which is backed by a large majority of the public.

After March 23 the next major question will be over who gets to run the waste collection service from April 2023, when major contracts come to an end.

At yesterday’s meeting there was support for the council taking direct control over the service, which is currently in the hands of private waste giant Serco.

But Conservatives, who don’t want the issue “rushed” while problems still exist, say some Labour members seem “mainly concerned with ideology” and the idea has yet to be properly scrutinised.