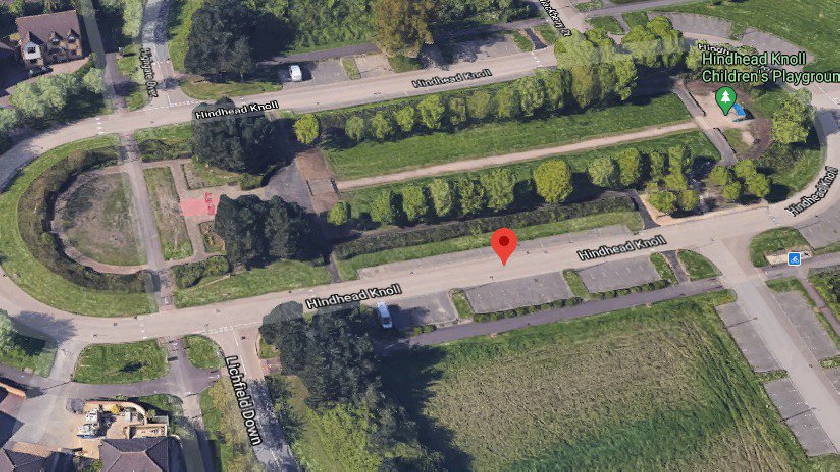 A national watchdog has cleared Milton Keynes Council of fault in a planning row despite calling its actions 'questionable'.

Resident Stuart Copeland complained to the Local Government Ombudsman (LGO) after the development control committee last June approved a plan to build 30 two-bed flats on a site in Walnut Tree.

The site, at Hindhead Knoll, had been earmarked to take 13 houses in the area’s neighbourhood plan, which Mr Copeland chaired to conclusion.

The total number of dwellings on two sites in Hindhead Knoll was increased to 80 in Plan:MK – more than three times the originally notified density. The change was not subjected to public consultation.

And as Plan:MK is the planners bible locally, it trumped the neighbourhood plan.

The change had been cleared by a planning inspector after the council submitted it along with a list of typographical errors with Plan:MK documents in 2019.

The Ombudsman said: “A change in the density of the sites is more than just a typographical error.”

When plan MK was adopted by MK Council in early 2020 the new policy was set in stone.

If it had been submitted as a main modification, as campaigners said it should have, it would have been subjected to public scrutiny.

The LGO ruled: “While I find the council’s decision to make a major change through the schedule of additional modifications questionable, it was for the planning inspector to decide whether the change should have been moved to the schedule of main modifications and so warrant further public consultation.

“The planning inspector’s actions are beyond the scope of this investigation,” it concluded.

The LGO confirmed the council could have chosen to include the new policy as a main modification but “it did not do so.”

Councillors were told at a meeting last year that the change had been made following “a conversation” between planners and the council’s arms-length partner Milton Keynes Development Partnership (MKDP).

Mr Copeland said he now wants the development control committee to fulfil its promise to carry out a review of what happened, although he is not confident that it will uncover any more information.

“They can hide behind the idea that the inspector told them it was ok,” said Mr Copeland. “But I want to make sure they go through the process.”

Mr Copeland added that he thinks it is important for residents to “get stuck in” to the process of responding to planning consultations.

A blueprint called the South East MK supplementary planning document is currently being consulted on. It will provide the template for development in the area for years to come.

“I want people to get involved,” he said. “Then they won’t be able to say that no-one responded.”

He also urged the council not to see residents as “nimbies” but as experts who know their areas in detail.

Lesley Sung, the manager of Walton Community Council, said WCC is  “extremely disappointed” that the ombudsman found no fault.

It is supporting Mr Copeland’s call for a detailed investigation into what happened.