War of words over 'War on Litter' in Milton Keynes 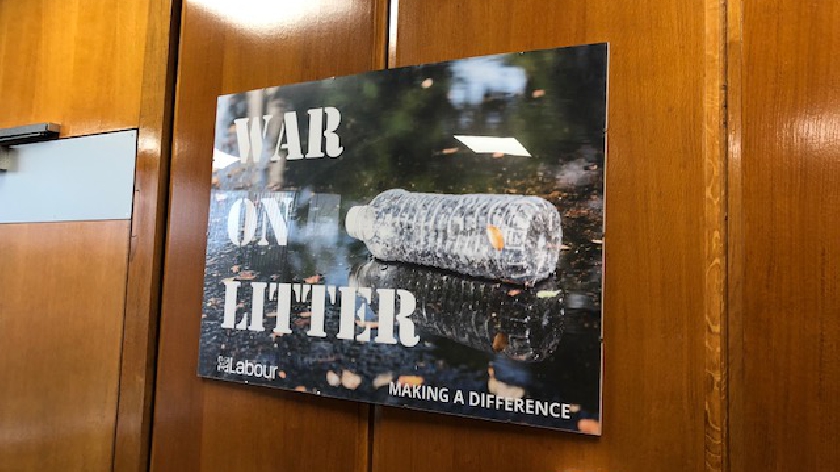 Last week, Milton Keynes Conservatives have announced they will launch a war on litter to clean up MK's streets and parks.

However, Milton Keynes Council Leader, Peter Marland, claims these are "shallow promises and lack of vision".

Milton Keynes Conservatives said, "Litter has become a growing issue in estates across MK. It comes after years of neglect by the current Labour Council reducing the level of litter picks despite holding £165million in its savings account."

If the Conservatives win the local elections this May they have pledged to:

Leader of the MK Conservative Group Cllr Alex Walker says, "Out on the doorstep residents are telling us MK is looking messy and tired. There is no excuse for it. The Council has the money to do it, it is simply a matter of priorities.

"Cleaning up MK will be our priority. We will invest what is needed to clear MK up and we will show it some serious TLC. We will reinstate weed spraying and we will repair the broken relationship with parish councils."

Peter Marland, leader of the Labour-led council, responds, "“Last week the MK Conservatives announced a manifesto with a slogan copied from 2010, now they are launching policies using a phrase MK Labour have using for 18 months which Cllr Walker sees every time he’s in my office because it’s a posted on my wall. (Pictured)

"After having to make £150m of cuts we know parts of the city are looking tired. That’s why on Tuesday the Cabinet agreed an extra £600,000 to tackle issues such as litter, fly tipping and landscaping, and an extra £100,000 for the worst effected estates. We’ve supplied a number of parish councils and local community groups with litter picking equipment, and we’ve already put extra money into hiring more enforcement officers to issue fines to those responsible for littering."

Walker says, "Labour have made so many promises, reannounced a supposed 'deep clean' three or four times and delivered absolutely nothing.

"We will start a war on litter and we will clean up MK."

Peter Marland, leader of Milton Keynes Council told MKFM "This is another example of the shallow promises and lack of vision from MK Conservatives. Rather than offering change, the reality is all they offer is rehashed slogans, expensive gimmicks and empty attempts at headline grabbing."

Last month during the Budget Council meeting Labour and the Lib Dems voted against a Conservative amendment to spend £250,000 on tackling litter.