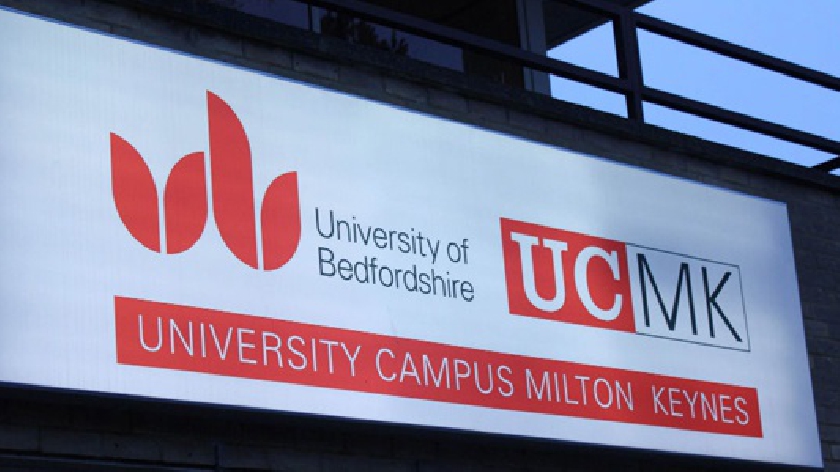 University chiefs are planning to move the University of Bedfordshire's MK campus a 10 minute walk away across the city centre.

The lease at the University of Bedfordshire’s Saxon Court campus in Milton Keynes is coming to an end and chiefs have spotted a chance to move into empty office space barely half a mile away.

The uni has lodged an application with planners at MK Council to change the use of part of the second floor at Exchange House, off Midsummer Boulevard.

They will be sharing the floor with three companies at the site which is close to the city centre Holiday Inn and the Argos HQ.

A supporting statement provided to planners from the Luton-based university says it is a short to medium-term measure until a new technology-focused MK:U opens. It has been using Saxon Court, off Avebury Boulevard, since 2013.

Even though at 1,651 sq metres, the space is less than the 1,994 sq metres it occupies at Saxon Court, the uni says it can fit the same number of students in. They are planning classrooms, a library, IT rooms, and a breakout room.

“It will not compromise the ongoing partnership dialogue to develop a new and more extensive university campus near the station as a major medium to long term development proposal, nor will the proposed relocation have any negative traffic or environmental effects,” they say.

Space for the new and much bigger MK:U has been reserved on a block of vacant land bounded by Child’s Way, Grafton Street, Avebury Boulevard, and Witan Gate, opposite the city centre Sainsbury’s.

A spokesperson for the University of Bedfordshire added: “The university is committed to remaining in Milton Keynes and ensuring the people of Milton Keynes are able to access good quality higher education in a convenient, central location.”

The planning application is open for public comments on the MK Council planning website, with a decision due to be taken before the deadline of May 28.