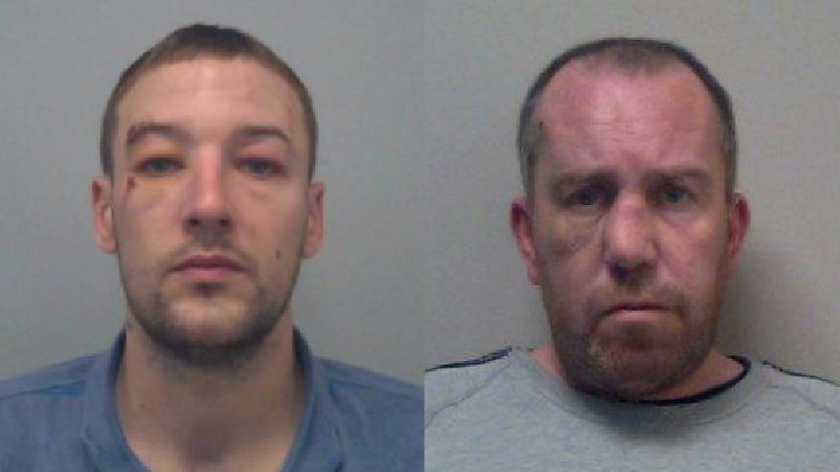 Two men have been sentenced for burgling a Milton Keynes home, after the victim discovered one of the offenders' IDs.

Warren Heller, aged 35 of no fixed abode and Paul Heywood, aged 43 of Eliot Close, Milton Keynes both pleaded guilty to burglary with intent to steal.

They were both convicted at Aylesbury Crown Court on 28 May 2021. Heller was sentenced to 21 months’ imprisonment on 30 May 2021, however Heywood failed to appear.

He was subsequently arrested for failing to appear and was sentenced to 21 months’ imprisonment on Wednesday (9/6).

They were convicted and sentenced in connection with an incident on 1 September 2020.

At around midday, the two men entered a property on Church Street, New Bradwell, Milton Keynes.

The owner of the property was upstairs when he heard voices in his back garden. The victim has seen Heywood standing inside the gate passing a bottle of whiskey to Heller who was outside the gate.

The owner of the property has ran out to the garden and grabbed Heywood by his coat. Heywood said, that “he would cut” the victim who then punched Heywood in the face.

Heywood wriggled out of the coat he was wearing and ran off. Inside the coat the victim found his property as well as the offender’s ID.

Heywood was arrested later that day, further investigation led to the arrest of Heller on 4 September 2020.

They were both charged by postal notification on 23 December 2020.

Investigating officer, Detective Constable Sebastian Kuzoe, based at Milton Keynes police station, said: “Burglary is a very intrusive crime and has a lasting impact on victims. Thames Valley will pursue all burglary suspects and actively seek their conviction. I hope that Heller and Heywood will use their time in prison to reflect on their actions.”