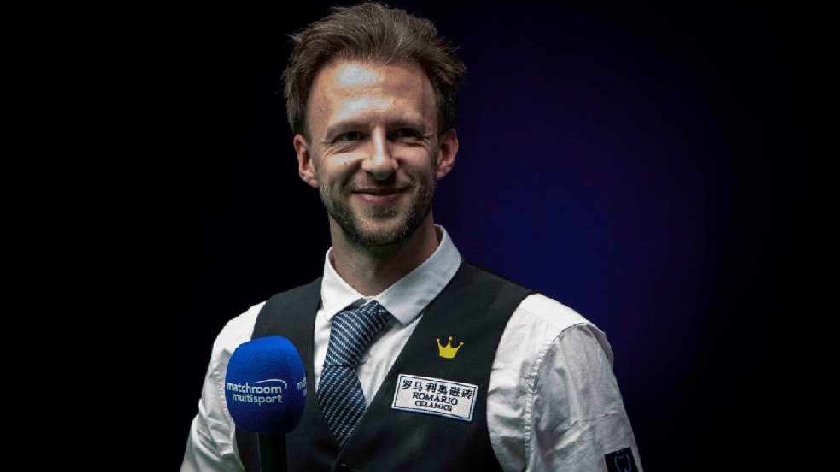 Having completed COVID-19 testing of all 35 staff and Monday’s eight players over the weekend, all personnel tested negative and the tournament began with World Champion Trump in action against David Grace on table 1.

Trump, needing just three more centuries to reach a milestone 100 for the season, showed some signs of rust from the enforced break in competitive snooker but still ran out 3-0 winner against Grace.

The World No.1 had won the Gibraltar Open, the last action before snooker was halted, and his 3-1 win over Elliot Slessor put in him pole position in the group. Slessor had earlier defeated Daniel Wells 3-1 but when he conceded a frame to David Grace in a 3-1 victory, Trump’s presence in the Group Winners’ stage of the tournament was assured.

“Everyone involved has done an amazing job to get us underway, snooker is leading in that aspect. I felt it was important to set an example to come here, turn up and show my support for everyone who has tried to get this event on and everyone who has been involved behind the scenes. It would have been easy to sit back and made excuses and let other sports take the initiative but everyone behind the scenes has done an amazing job and put us at the forefront of sport at the moment.

“After two and a half months it was never going to be easy but I got the job done and it sets me up to go away, play a little bit more and try and improve for the next round.”

On table two, David Gilbert’s 3-0 win over Stuart Carrington was the decisive match of Group 13. Gilbert had already beaten Jackson Page 3-0 and drawn 2-2 with Jak Jones, while Carrington’s win over Jones and draw with Page made his clash with Gilbert the decisive one.

Carrington would have felt he should have beaten Page having been 2-1 up in the match and 69-0 up in the fourth and final frame. However, with Page playing for a snooker, Carrington went in-off and his opponent cleared for the frame and a share of the spoils.

That gave Gilbert the upper hand in their head-to-head and the Tamworth potter played his best snooker of the day, breaks of 100, 68 and 92 guiding the world no. 11 through to the next stage of the event.

“I have hardly played before coming here,” admitted Gilbert after completing his matches. “I was intrigued as to how the event was going to be run and it is brilliant Matchroom and World Snooker were able to get something on.

“I am amazed how well I played today, especially in that last game knowing I needed to win. The format is cut-throat and being the top player as no advantage to it; if anybody plays well they can get through.

“I’m pleased to be coming back next week and now I know what it’s about. It’s great that Judd has stayed in the event as it adds interest to have the World No.1 here so it’s good that he’s doing well.”

Trump and Gilbert will now meet in Group B of the next phase on Wednesday, June 10.