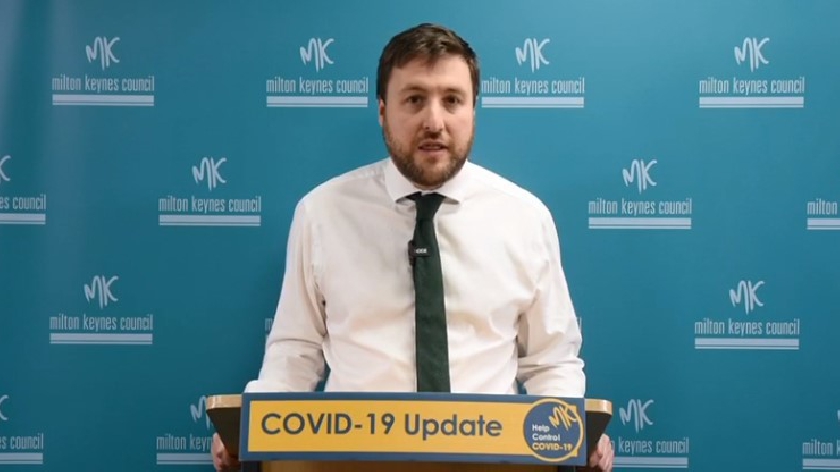 They are more used to tearing policy lumps out of each other in council meetings and they certainly have their differences on wheelie bins, waste tip booking, housing, and the budget to name but a few.

But on Tuesday evening the clouds of political division parted very briefly in advance of the local elections in May when top Conservative politicians shone a ray of sunshine on their opponent… Labour leader Pete Marland.

“It’s probably the last time I will say this for the next two months given the election in May,” said Conservative group leader Cllr Alex Walker (Stantonbury) at the covid task and finish group.

“I have full respect for Cllr Marland’s work ethic throughout the pandemic. I’ve seen firsthand the immense workload he has put in, no doubt with best intentions at heart.

“Albeit we have disagreed on certain aspects of the response, he has clearly done his utmost for the city. Ditto officers as well.”

Cllr Marland was appearing as a witness in front of the group, which is continuing to probe the local response to the pandemic.

Cllr David Hopkins (Cons, Danesborough & Walton) has been chairing meetings of the group since it began work last year. And he began proceedings with a similar outbreak of political cordiality.

“Can I once again pay personal tribute to you,” said Cllr Hopkins.

“I know the pressures of the last 12 months have been absolutely phenomenal and I do pay tribute to the way you have handled those pressures.

“My wife and I always comment on and watch the Pete Marland television show! But I know you have been very busy on the media as well, so thank you for that.”

The committee was given an update by Cllr Marland and council chief executive Michael Bracey on the nitty-gritty of what the council is doing regarding vaccinations, preparations for possible surge testing, and what might happen in the winter.

Cllr Marland (Wolverton), who kept his own counsel on the politics of praise, added a note of caution about the roadmap to recovery.

“I don’t think it will be quite as plain sailing as in June,” he said.

“I think we will be living with certain restrictions for a long time, but it is clear that even if there is a couple of months slippage on June, maybe to August, we won’t need the additional restrictions grant between September and next April.”

Cllr Marland has been criticised by the Conservatives for holding on to the government handout, which had been intended to cover the period to next April.

But at the meeting he revealed spending would be brought forward.

“I suspect that if we end up with restrictions next October I suspect that the government will bring forward new money,” he said.

“The level of risk around spending that money has decreased over the past month.”

The task and finish group is due to wrap up its work in September.