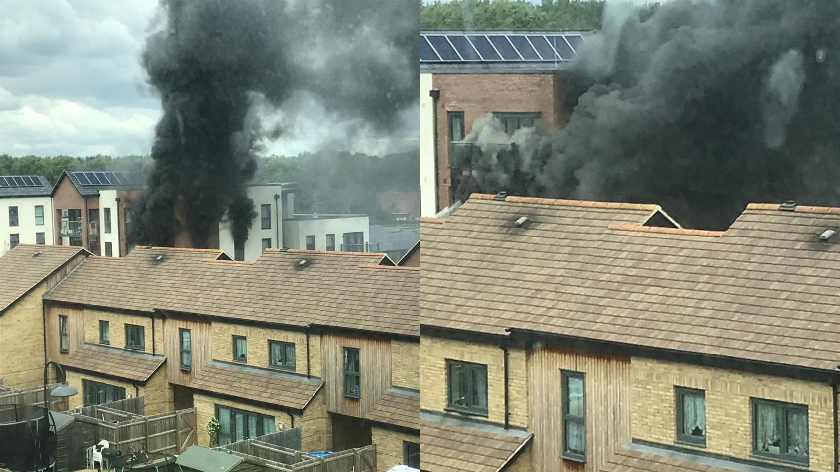 Crews rushed to the blaze on Gambit Avenue at around 1.15pm this afternoon.

In total, it took four fire crews to tackle the fire - two from West Ashland, one from Broughton and one from Newport Pagnell.

They also had to use a 10.5-metre ladder to rescue a dog from a balcony on the second floor of the four-storey block.

Although the flats are not council property, Milton Keynes Council has set up a rest centre nearby to allow residents to take shelter while the effects of the fire are assessed.

The building’s owner is making appropriate arrangements for everyone who can’t go back home straight away.

Local ward councillor Kerrie Bradburn said: “We’d like to say a huge thank you to the firefighters who responded quickly to a fire in our ward this afternoon. Thankfully nobody was hurt, although residents are understandably shaken.”