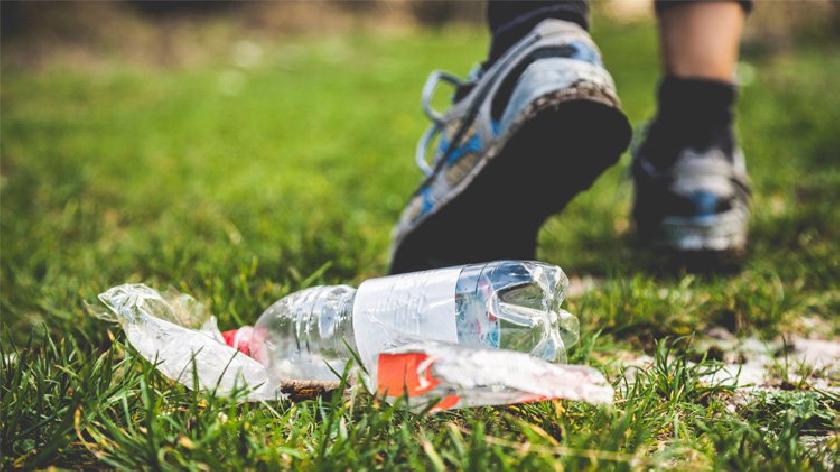 The Parks Trust is requesting that people take their litter home with them and do not place rubbish next to overflowing bins.

The Parks Trust is seeing a huge increase in people dropping and leaving their litter in the parks, putting additional financial strain on the organisation to try and keep on top of all the additional waste as well as depleting the resources of the operations team and The Parks Trust’s Rangers.

This week alone, The Parks Trust's rangers and contractors have collected over 800 bags of litter from across our parks. In recent weeks, especially due to the nice weather, they are finding greater numbers of people ‘considerately littering’ by leaving their rubbish next to or on top of overflowing bins. The Parks Trust has stressed that this is still littering.

Now, The Parks Trust is requesting that people take home the litter they bring into Milton Keynes' parks. There are strategically placed bins throughout the parks and staff are working to ensure they are emptied regularly.

It has been emphasised that leaving rubbish next to or trying to force rubbish into an already overflowing bin seriously effects wildlife. Discarded rubbish blows around the parks and gets into the path of wildlife causing a whole host of issues. Small mammals, like shrews, often climb inside discarded bottles where they become trapped and die, hedgehogs (a declining species in the UK) are often victims of litter. They become caught up in items like plastic multi-pack rings and plastic carrier bags, often with fatal results. It is not just land mammals that are suffering, waterfowl such as swans and geese can swallow plastic which accumulates in their stomach and eventually kills them.

The cost of removing litter from our parks is enormous, it already costs The Parks Trust £350,000 a year, so adding more bins is simply not the answer and particularly during this time when they are taking a significant hit to their income. Research conducted by Keep Britain Tidy indicates that 62% of people do not litter. These people would normally take their litter home with them, but upon seeing bins, will use them. So, installing more bins into our parks is not affordable for the charity and clearing the excess litter at present, is reducing funds that could otherwise be spent on maintaining and improving the parks for the benefit of all.

The Parks Trust would like to remind park users that are dropping litter or acting inappropriately in the parks that they do have mobile CCTV in operation. Ten investigations were carried out last month alone, with the appropriate fixed penalties handed out. The penalties are set at £80 (for littering and dog fouling) and £400 for dumping rubbish. This is not a money-making exercise as the fines go to the Local Authority Enforcement Team, who once receiving the evidence undertake investigation, which in turn has a cost.

There are still many people that are not aware that The Parks Trust is a self-financing charity and does not receive any funding from local or central government. The cost of clearing up litter falls directly to the charity and doesn’t hit tax payers.

As a charity they want to educate people about acting responsibly regarding the environment, they also want to make sure that their future is secure so that they can continue to manage and maintain these amazing green spaces. Please help support The Parks Trust by taking your litter home, regardless of whether there is a bin in place or not.