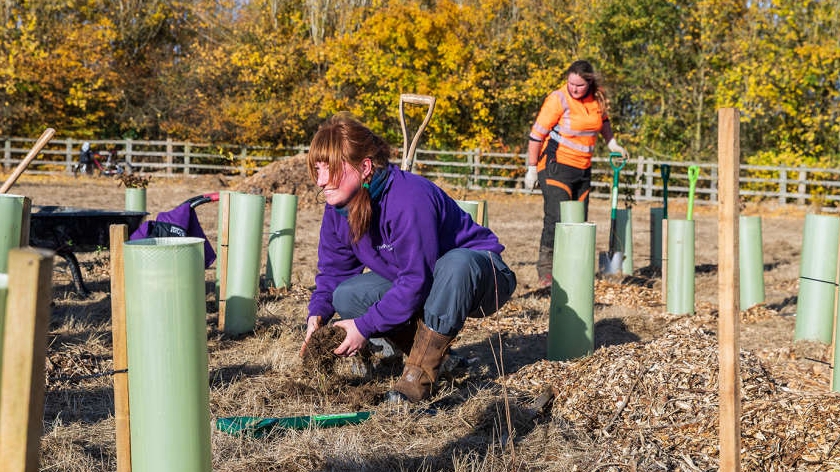 This November The Parks Trust are joining in with National Tree Week which runs from 27 November to 5 December.

The Parks Trust is an independent charity that cares for over 6,000 acres of parkland and green space in Milton Keynes.

The campaign originally begun in the 1960’s as a response to the Dutch Elm Disease crisis which wiped out more than 20 million trees in the UK. Its success continued and in 1973 we saw the ‘Plant a tree in ‘73’ campaign spring to life bringing communities together in a combined effort to plant as many trees as possible throughout the year.

Due to the success of these two campaigns, National Tree Week now happens every year in UK, during this week communities, organisations, businesses and schools from all over the UK celebrate and plant trees.

The Parks Trust have a landscaping team of over 30 people who expertly care for their parkland. Since 1992 when the Trust was established, they have planted nearly 1 million trees and shrubs across Milton Keynes. Over the course of this winter The Parks Trust will plant 8,200 trees across the city.

You can also support tree planting at The Parks Trust by making a donation towards our tree planting schemes at either Middleton Wood Meadow  or Newlands Rememberance Walk.