Student film ‘Pardon?’ on tour in schools across MK 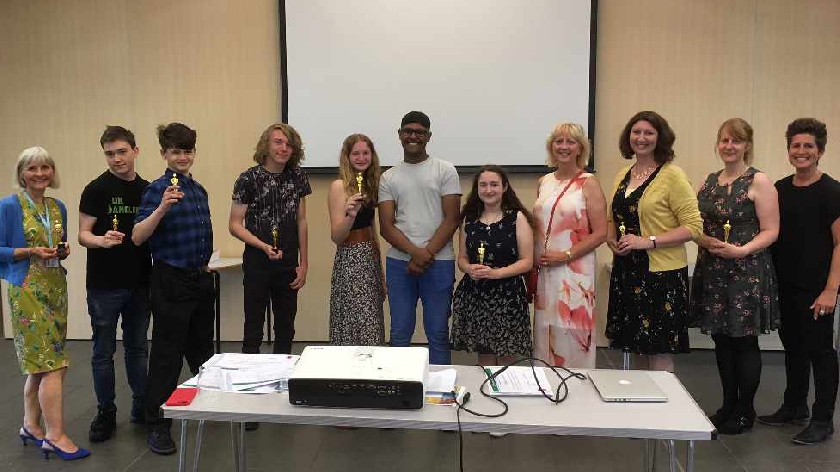 A short film, created by students from new organisation MK Hearing Impaired Youth, lifts the lid on what it’s really like to live with a hearing impairment.

‘Pardon?’ is a 12 minute film that pulls ideas from students across a dozen mainstream secondary schools in Milton Keynes.  The video, which was written and directed by the students and funded by Milton Keynes Council, includes two versions of a typical school day.  Filmed from the perspective of a girl with hearing impairment, it clearly shows some of the challenges she faces.

The project came about after a group of students realised they were all experiencing the same issues in daily school life.  They wanted to find a way to tell everyone in schools – from teachers and support staff to other students, how they could make things easier.

The aspiring film-makers also hope it will send a message to other students with a hearing difficulty that they are not alone.

Cllr Zoe Nolan, Cabinet Member for Children and Families said: “I am really excited by this project and what it means to the students involved.  The film really helped me better understand the pressures on this group of young people and what we can all do as teachers, friends and family to support them.

I hope everyone will take the time to view the film and share it and we welcome schools to use the film in any way they like.  An ambassador from the group would be happy to present the film and talk to any students who may have a hearing difference of their own.”

As part of this project, students were asked a series of questions to help debunk some common myths and misconceptions about hearing impairment.

You can watch the film online plus read the full FAQ with students, here.