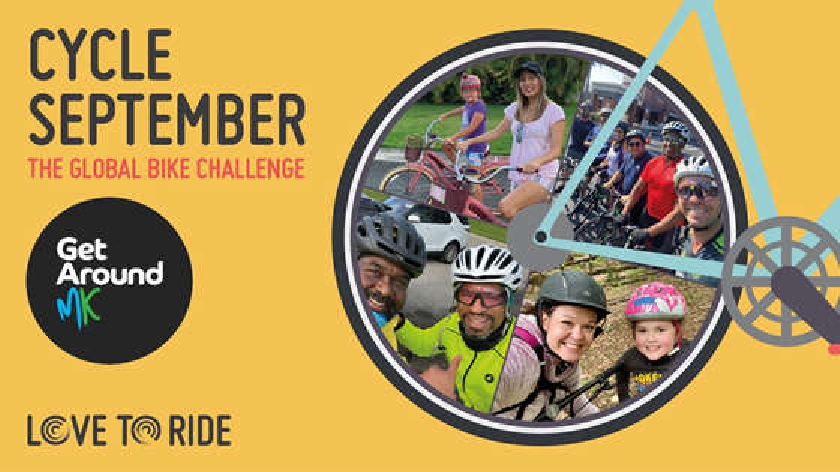 People in Milton Keynes are being encouraged to take part in a national cycling campaign this September for a chance to win some exciting local prizes.

The annual Cycle September is a global initiative and is open to everyone regardless of how often they cycle.

It's organised by Love to Ride and is the biggest cycling campaign of the year and encourages individuals, workplaces and organisations to get active and earn rewards.

Local residents and commuters in MK who take part and log their rides can also add their mileage to their workplace, group or club’s overall total in a local league table.

Workplaces can compete to clock up the most points competing against similar sized organisations from all over the world and their industry.

Cycle September is open to everyone who lives or works in MK and you only need to cycle for a minimum of 10 minutes to be entered into the prize draw to win prizes, which include:

It’s free to take part in Cycle September and you can complete your registration online.

Cabinet Member for Climate Action and Sustainability, Cllr Jennifer Wilson-Marklew said: “No matter how often you cycle or if it’s your first time, I’d strongly encourage everyone to get involved in Cycle September.  We have over 200 miles of redways which makes MK a heaven for cyclists.  There’s plenty of exciting prizes too.”

Remember to share your Cycle September team successes with us on social media using #GetAroundMK.