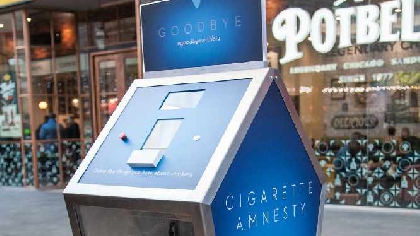 A brand new educational initiative The Science of Vaping Tour is set to be launched in the centre:mk tomorrow morning, aiming to debunk the myths around e-cigarettes.

The new initiative has been set-up in a bid to educate smokers about e-cigarettes in the face of growing evidence that the ‘95% less harmful’ message is not getting through to the public and government inaction is contributing to declining adoption of vaping products.

The Science of Vaping Tour will launch on Friday 23 June with a ribbon cutting by the Mayor of Milton Keynes and press briefing followed by a 10-day tobacco ‘Amnesty Shredder’ stunt in the Centre:MK and on Bletchley high street, which will invite smokers in Milton Keynes to shred their cigarettes and commit to a 50-day smoke free challenge to align with the city’s 50th anniversary year.

The initiative - which has backing from local community organisations - is being sponsored by Fontem Ventures, the parent company of blu, in a bid to improve smokers’ knowledge of the scientific facts about e-cigarettes as a viable alternative to tobacco.

“The good news is that more than half of the UK’s 2.9 million vapers have successfully quit tobacco altogether with the help of e-cigarettes,” said Marc Michelsen, Senior Vice President Corporate Affairs, Fontem Ventures. “But we also know that millions of other smokers, as well as the public in general, remain very confused about vaping products. The proportion of UK adults who now believe e-cigarettes are ‘as harmful’ or ‘more harmful’ than tobacco has quadrupled over the past four years, from 7% of respondents in 2013 to 26% in 2016.”

In Milton Keynes, approximately 18 percent of the population smoke.

“The fact that increasing numbers of smokers across the country are coming to believe that vaping is as or more harmful than tobacco is alarming given that Public Health England, Cancer Research UK, The Royal College of Physicians, Action on Smoking and Health and others have all concluded vaping is 95 percent less harmful than smoking,” said Michelsen. “Importantly, all these organisations have actively called for more smokers to switch to e-cigarettes, which is why we believe this Tour is so important.”

To support the initiative, smokers will be given basic information about e-cigarettes, including advice from UK public health groups. They will also be offered discount vouchers entitling them to half price vaping products as an incentive to switch.

In May this year, ASH (Action on Smoke and Health) released its latest research which shows that the number of UK adults who believe the conclusions of public health bodies ‘that e-cigarettes are a lot less harmful than tobacco’ has dropped from 21 percent in 2013 to 13% in 2017. Speaking about the findings at the time, ASH said: "This is a communications challenge that needs to be met in order to reduce the harm caused by tobacco to smokers and those around them.”

“We’re proud to be taking the initiative by trying to educate smokers in Milton Keynes so they can make more informed decisions about vaping,” said Michelsen. “Clearly, the best thing any smoker can do is to quit completely - ideally with the support of their local stop-smoking service - but we know that millions of smokers find this difficult, so we want them to know that a much less harmful alternative exists. The government’s current inaction on the issue is contributing to confusion among smokers about the relative harms of e-cigarettes compared to tobacco and, although there is plenty of scientific information available, this isn’t filtering down to the public." It is therefore urgent that the UK Government consider running a comprehensive public health campaign informing and educating smokers on vaping as a viable alternative to tobacco." aimed at smokers in a bid to change their behaviour.”

Smokers who want to participate in the Science of Vaping Tour to find out more about e-cigarettes, are invited to receive information and vouchers from the Tour’s stand in Centre:MK (opposite Boots, on the boulevard between entrances 6 and 8) between 23 and 29 June or on Bletchley high street (at The Brunel Centre Market) between 30 June and 1 July.

Smokers looking for professional support to quit tobacco can find their local stop-smoking service by visiting the NHS website. 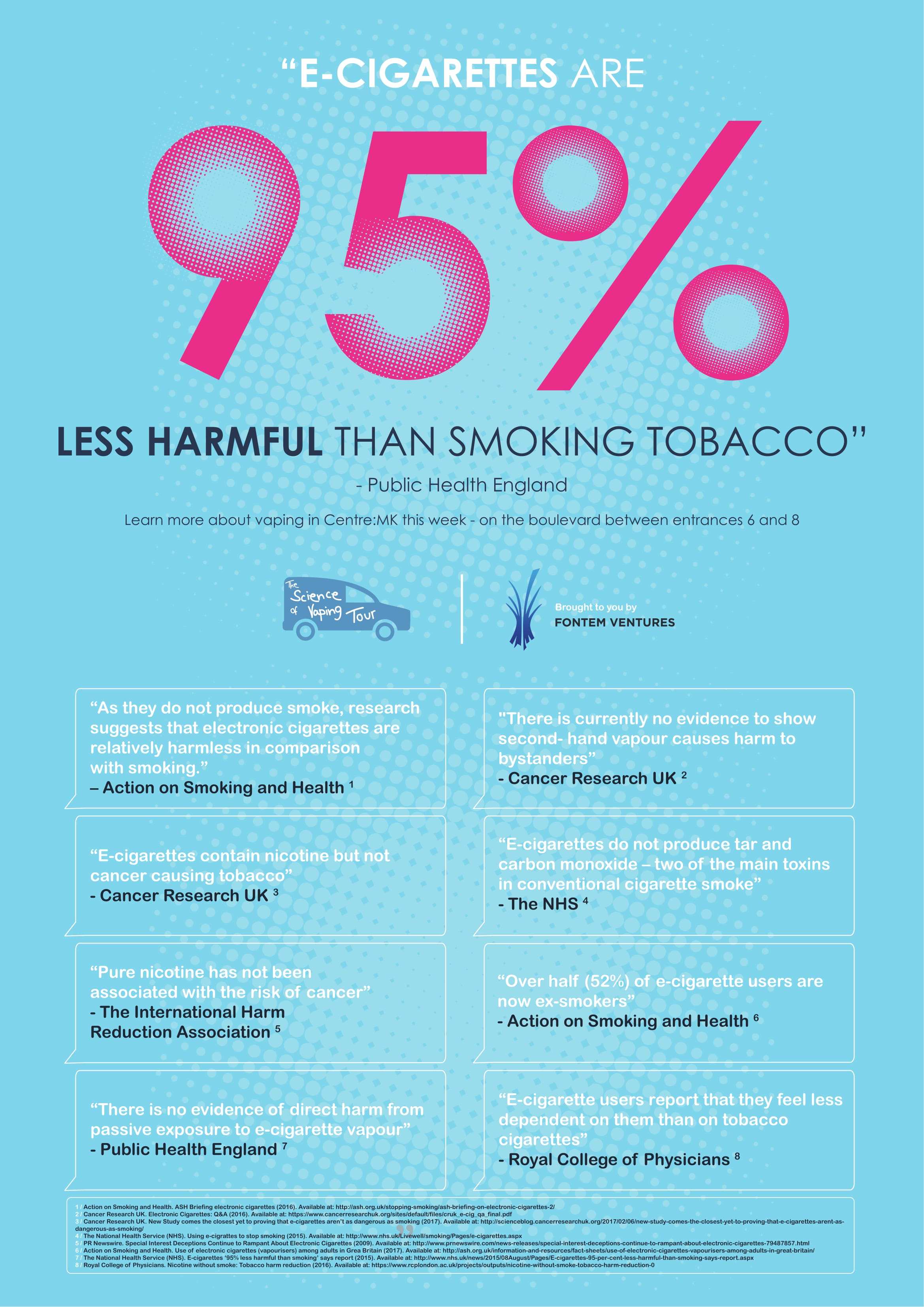