Saturday Night Fever - Not only Stayin' Alive but getting better and better! 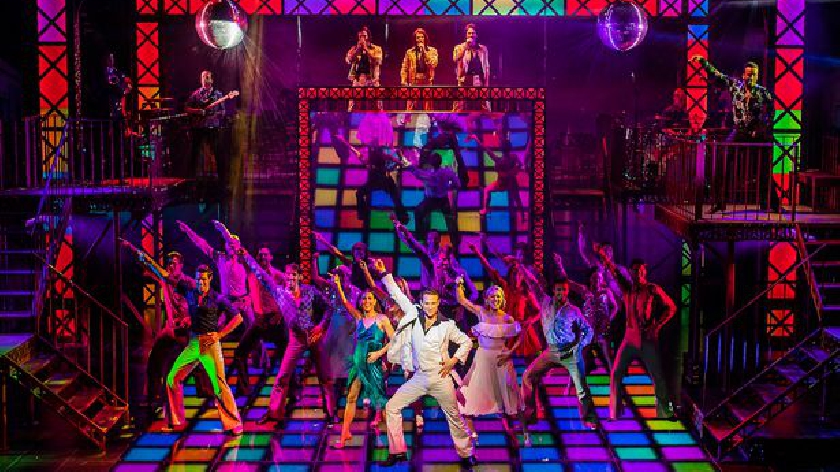 It may be more than 40 years since the cinema release of the John Travolta classic but that hasn’t stopped Bill Kenwright from producing this re-imagined and revitalised stage version of Saturday Night Fever!

Richard Winsor stars as Tony Manero whose job, as a paint store clerk in his own tough Brooklyn, N.Y neighbourhood, is suffocating him. Tony lives for the weekends so, come Saturday, he and his mates head off to the local disco to dance the night away. When a big dance competition is announced, Tony persuades the beautiful and talented Stephanie to be his partner. But as they train for the big night, they also start to fall for each other…

Richard has performed around the world starring as the principal dancer with Matthew Bourne for ten years playing lead roles including Dorian, in the sell-out Edinburgh Festival and London runs of Dorian Gray, Edward, in Edward Scissorhands and The Swan in Swan Lake. He landed the lead role in the cult dance film, Street Dance 3D and then went on to play Caleb Knight in Casualty before being killed off in dramatic fashion in a knife attack.  To top all that, Richard was voted the ‘sexiest dancer in the world’ by Elle magazine!

Joining Richard Winsor, who is reprising his memorable role as the iconic Tony Manero, is Olivia Fines (Stephanie), Brandon Gale (Double J), Owen Broughton (Gus), Ross Clifton (Joey) and Will Luckett (Bobbie C). The cast will also be joined on stage by Danny Knott, Jake Byrom and James Kenneth Haughan in the roles of the Bee Gees, singing the hit soundtrack of all the disco classics.

The 2019 tour is directed and produced by Bill Kenwright, with brand new choreography by Bill Deamer, designs by Gary McCaan, lighting by Nick Richings, and sound by Dan Samson.

And while this is a fresh take on the ultimate disco musical, the score still features the truly iconic Bee Gees hits with the addition of a few more 70s favourites to keep you throwing shapes in the aisles.