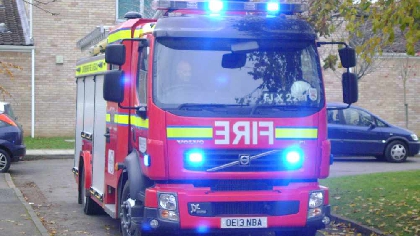 Twenty new firefighters are due to reinforce hard-pressed front-line staff later this year as the fire service juggles with its budgets to stave off “tough decisions”.

Government inspectors last year told Buckinghamshire and Milton Keynes Fire Authority that a lack of money was hitting the service’s ability to respond to and prevent fires.

An extraordinary meeting of the fire authority on Thursday heard that the service’s budget is worked out on a “year-by-year” basis.

Budget-juggling has meant that 20 new firefighters are starting, with the possibility of another 20 later in the year. This, the meeting heard, should cover those who are leaving, as well as new growth.

“The fire service is stretched,” said Jason Thelwell, the chief fire officer. “I don’t think it is sustainable to ask staff to do the level of commitment they do.

“At some point we will get to a position where you will have to make difficult decisions.

“I am determined to keep what we have got in the service because once it’s gone, it’s gone.”

Lib Dem and Labour members attacked the Conservative-dominated authority for a one per cent cut in its council tax in 2015/16.

This followed several years when it was “frozen” and means that the Band D council tax of £64.57 is lower than that of many parish councils.

Milton Keynes Lib Dem leader Cllr Douglas McCall (Newport Pagnell South) said: “Past decisions made by this authority put us in the position we are now. It is disappointing that people have not apologised.

“The Conservatives seem to have taken a Northamptonshire County Council position in regard to financial management. I fear we are coming to a point where this authority is financially unsustainable.”

Tory-run Northants County Council is being scrapped after falling into financial ruin.

But Bucks County Councillor David Watson (Cons, Flackwell Heath, Little Marlow & Marlow South East) said: “I am not sure we got it wrong. What we could not forsee was the rising cost of pensions bought about by national policy to keep interest rates low.

“That’s the driver of increasing costs, and that’s why we need more money, not because of the way the fire service has been run.

MK’s Labour leader Cllr Pete Marland (Wolverton) said: “We did foresee this coming down the track and said it was not a good thing to do."

“The risk to the people of Buckinghamshire and Milton Keynes is higher than it should be and that’s because of decisions you have made.”

She added that they are writing to the Prime Minister over adding £5 per Band D property to their council tax.