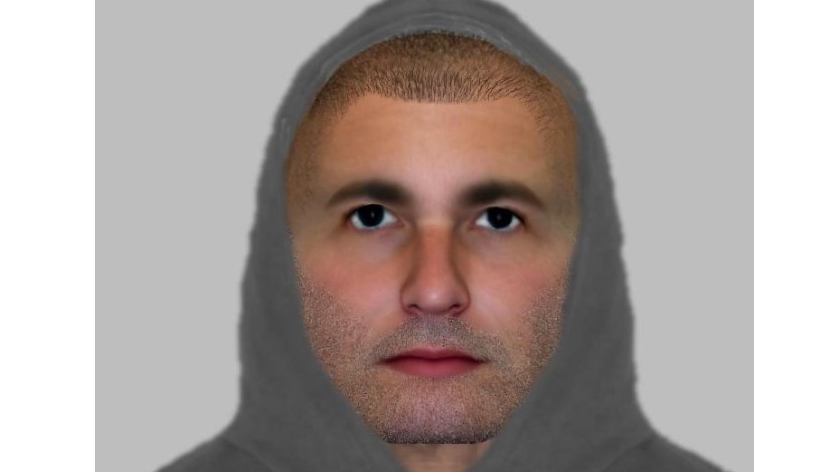 Thames Valley Police is releasing an e-fit image following a burglary in Cold Brayfield, near Olney.

At around 10.35am on Friday 19 February, a person was seen trying to open the window of a house in Bedford Road using a tool.

A passing driver sounded their horn, startling the man. The man then ran to a car that was waiting nearby with another two people inside it.

Nothing was stolen during the incident.

The passenger in the car, depicted in the e-fit, is described as an Eastern European man in his thirties, of a thickset build and about 6ft tall. He was wearing a hooded top.

The offender at the window is described as a white man aged in his thirties or forties, approximately 5ft 10ins tall and of a medium build.  He had fairly long mousey brown hair and was clean shaven.   He was wearing dark clothing and a black cotton hooded jacket.

The driver of the car is described as a white man aged in his thirties or forties, he had short dark hair and had stubble as though he hadn’t shaved for a few days. He was wearing a dark hooded jacket.

Police staff investigator Charles Cox, based at Milton Keynes police station, said: “I am appealing to anyone who recognises the man depicted in this e-fit or in the other two descriptions to come forward.

“You can get in touch using our online form or by calling 101, quoting reference number 43210070249. Alternatively, you can contact the independent charity Crimestoppers anonymously via their website or on 0800 555 111.”