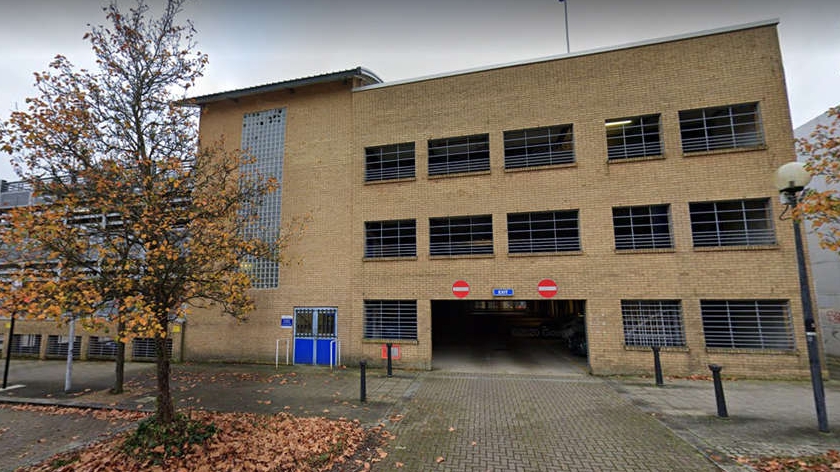 The robbery took place at around 5pm on Wednesday 25th August.

At around 5pm on Wednesday 25th August the victim, a 24-year-old man, was in the stairwell in the multi-storey car park next to The Point, Milton Keynes between Lower Ninth and Lower Tenth Street, when a group of six men engaged with the victim attempting to sell him cannabis.

One of the men then attempted to steal the victim’s tobacco when the victim challenged him.

The group of men then attacked the victim, punching him to his body and head.

The victim attempted to leave which led to the group stealing his mobile phone.

He was also threatened with a knife.

The victim located his friends outside and the group dispersed.

The victim did not require hospital treatment.

The offenders are described as a group of black men. One of them was wearing a beige tracksuit and one was wearing a grey tracksuit. Some of the men were wearing gloves.

The man who produced the knife was wearing a shiny black jacket with red drawstrings and a hood. He also had braided hair.

Investigating officer Detective Constable Sebastian Kuzoe, based at Milton Keynes police station, said: “I am appealing to anyone who witnessed or knows anything about this incident to please come forward.

“Anyone with information can contact police by making a report online or calling 101 quoting reference number 43210382168.

“Alternatively, if you wish to remain anonymous, you can contact the independent charity Crimestoppers on 0800 555 111 or via their website.”