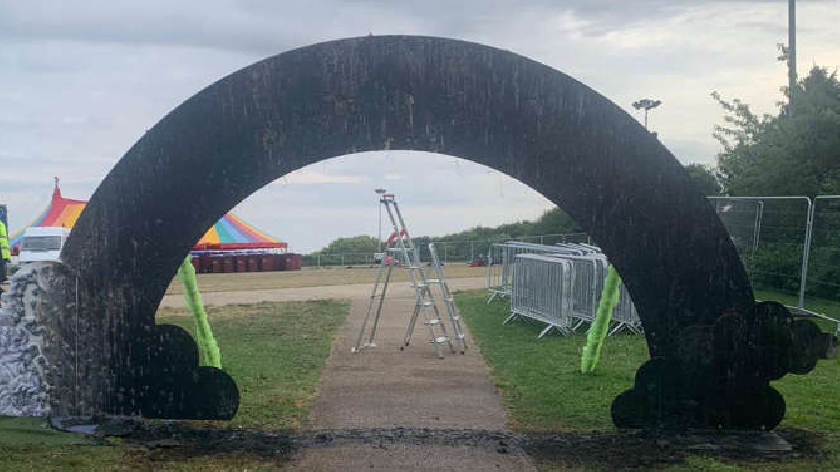 Thames Valley Police is appealing for witnesses following an arson in Campbell Park.

Between 6.30am and 7am on Monday (13/9) a large rainbow archway in Campbell Park on the redway off Avebury Boulevard and Marlborough Gate, was set alight.

The temporary archway had been at the entrance of the MK Pride festival (MKPF) over the weekend.

Officers are keen to speak to anyone that may have witnessed the incident or with CCTV or dash cam footage from the Campbell Park area on Monday morning.

Sergeant Tom Hughes, based at Milton Keynes police station, said: “Having worked at MKPF over the weekend, I know that it was a large family and community event with an inspiringly inclusive atmosphere. This reckless act is really disappointing, goes against everything we were celebrating this weekend and has understandably caused upset to our LGBTQ+ community.

“This incident is being investigated as a hate crime and I encourage anyone who has any information to come forward either by using our online form or by calling 101 with reference number 43210411776. If you would prefer to remain anonymous, you can contact the independent charity Crimestoppers anonymously on 0800 555 111 or via their website.”