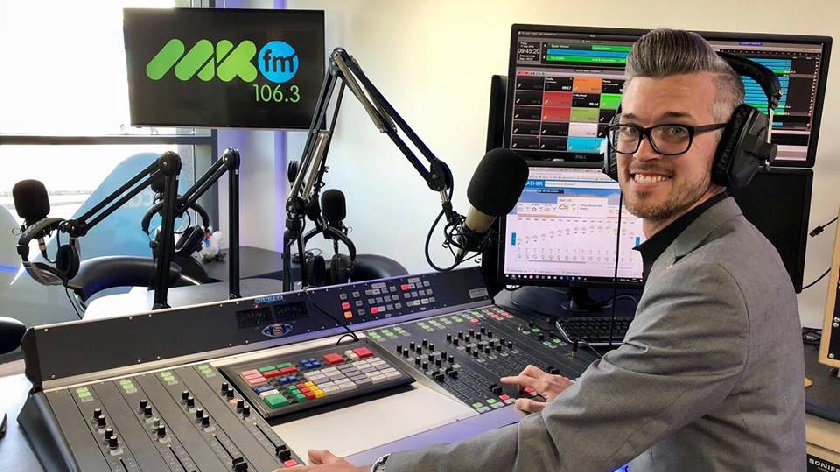 More and more people are making the switch to MKFM following changes to local programming.

The last week has been one of the biggest weeks of change seen in the radio industry for many years. When Gaz Wesley bid an emotional farewell to listeners on 103.3 at the end of last month, it marked the close of yet another chapter in the story of local media in Milton Keynes.

Over the last 10 years, our city has seen Horizon Radio move from a truly local radio station to a national brand. The area has lost one newspaper MK News/One:MK, the remaining newspaper has cut its distribution and the BBC stopped its Good Morning MK Show with Helen Legh. 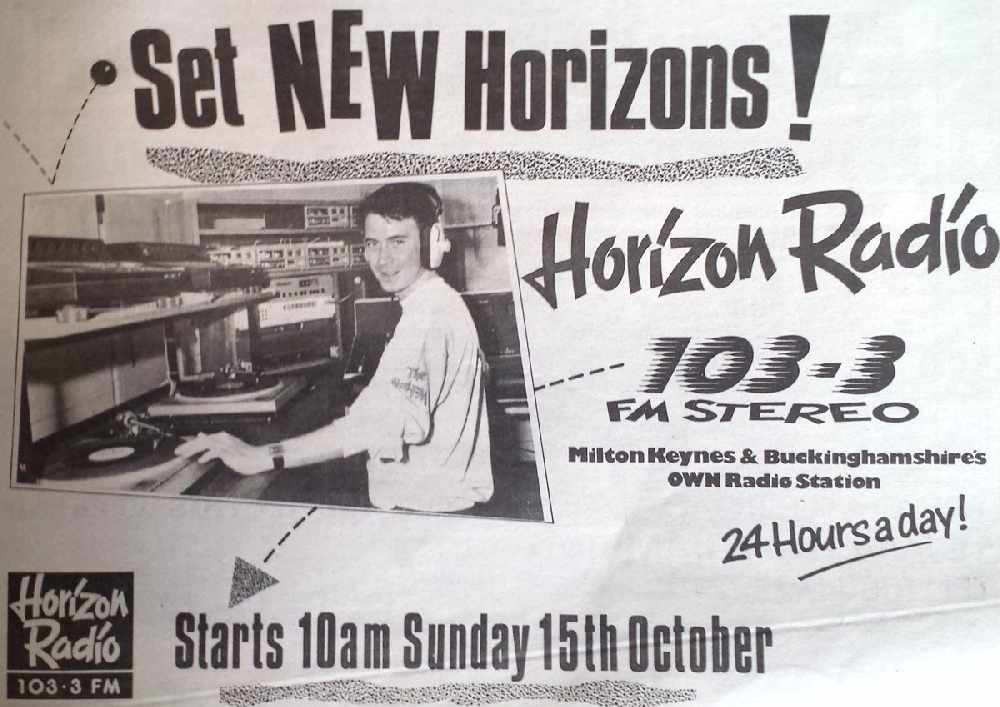 Horizon Radio in the eighties and nineties was essential listening. It provided the soundtrack to daily life in MK and was part of growing up with big events such as Summer XS. Its name was everywhere until the station was rebranded to Heart.

Radio has changed dramatically over recent years, with deregulation of the industry bringing with it a host of changes. Heart on 103.3 kept its local identity for a short while before becoming a regional station across Herts, Beds, Bucks and Northants. As of 7pm on Friday 31st of May, 21 hours of Heart now comes from London with 3 hours per day coming from Milton Keynes but focusing on an area the size of the Anglia TV region. 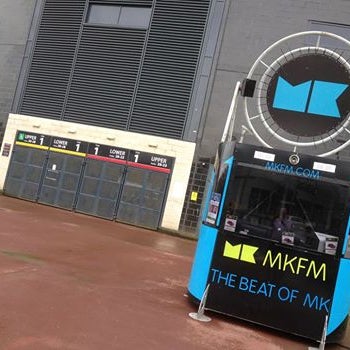 In 2011, MKFM was born with two directors who were previously from Horizon Radio. They had some insight that at one point local radio on 103.3 would cease. MKFM started several trial broadcasts to gauge how highly local radio was regarded in Milton Keynes. With the assistance of the public, local MPs including Iain Stewart and council leaders, a campaign was launched to bring truly local radio back to Milton Keynes.

With no FM licence available, MKFM started full-time broadcasts on DAB Digital Radio in May 2013. This was a massive gamble for a new small business due to the costs of being on DAB. MKFM quickly built an audience on DAB as residents made the switch from FM to Digital Radio.

It took a further two years of high-profile campaigning and a debate in parliament by MP Iain Stewart about local radio before MKFM could apply for an FM licence and started broadcasting on 106.3. 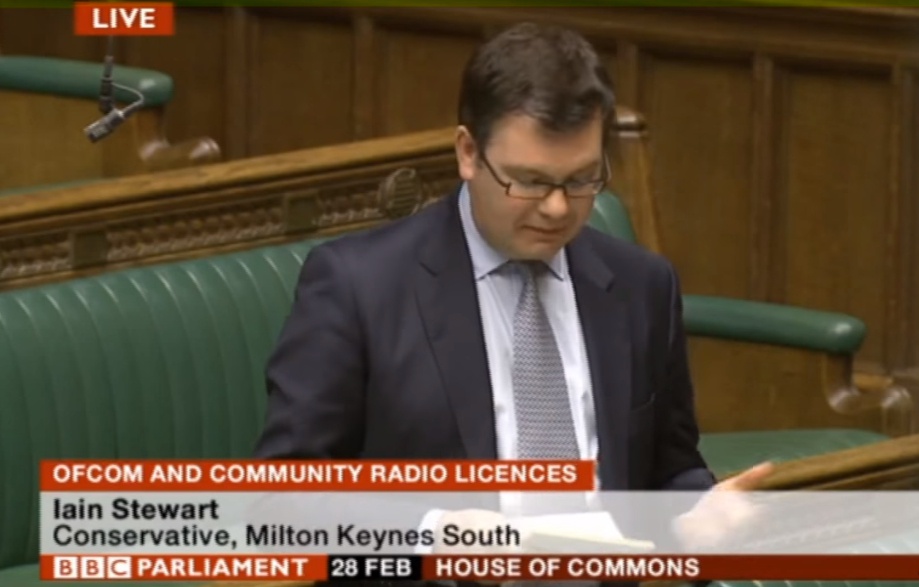 Over the last two and a bit years, more and more people have made the switch to MKFM. According to the latest industry RAJAR figures *, Heart in Milton lost  a quarter of their listeners between 2016 and 2019. Research by MKFM last summer showed that 71.7% of Milton Keynes residents regarded MKFM as the local radio station for Milton Keynes.

MKFM does not subscribe to RAJAR due to the cost and the figures mainly being used for agencies to sell national advertising. However, MKFM research showed that last summer our listeners were at a similar level to Heart.

Lynn said, "We abandoned heart today after listening since it started and now have your station to wake us up and in the car. We want to stay listening to local radio, bet your listeners have shot up. Woke up to your show this morning and really liked it, lots of local news, issues and the presenters are pretty good."

Carla said, "Loved Hearts Ivan and Emma on my drive into work in the morning. But I’ve made the switch to stay local. You’re Now Preset 1 on my radio MKFM 106.3. None of that Heart National radio for me."

Ewa said, "Love MKFM, I have been listening to Lia and Darren every morning on the way to work and Greg on the way from work. You make me chuckle all the time. Love you guys."

Darren Dorrington, MKFM’s Managing Director said, “This past week has been great as we’ve welcomed so many new listeners to MKFM. We always knew that Heart would become a national radio station with residents in MK wanting truly local radio. MKFM hasn’t been an easy project to deliver, we have invested heavily in keeping local radio alive and I am truly grateful to all our partners and supporters who have assisted us to give Milton Keynes a truly local radio station. I always refer to MK being like Disneyland, to a degree Milton Keynes is a bubble, it's self-contained, people don’t really care what is happening elsewhere, they want to know what is happening on their doorstep and that’s what MKFM is all about." 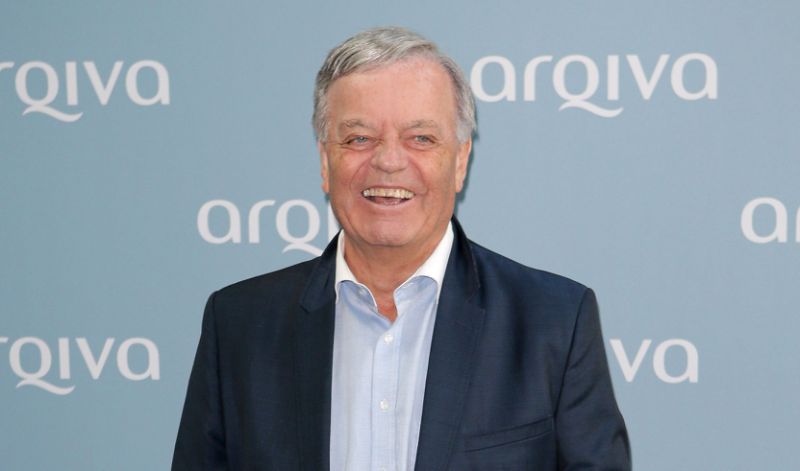 With hundreds of local radio presenters being made redundant across the country, one radio legend believes the changes are a big mistake. BBC / KMFM presenter Tony Blackburn told a local newspaper in Kent, "The biggest mistake commercial radio has made in this country has just happened now," he says. "Allowing local radio stations to be bought up by the big networks like Global and Bauer [Absolute Radio, Magic, Kiss] and not have it truly local.

"With local radio you can talk about events happening in the local area, you understand the audience more; particularly those who do the breakfast and drivetime shows. With outside broadcasts, people love seeing the people they're listening to."

“Sometimes on radio stations during the day, the DJ hardly says anything. The thing is, we have Spotify, we have YouTube and all these things, and we have to really make the programmes as entertaining as they possibly can be to attract new listeners. They shouldn’t just be a jukebox.”

The team at MKFM are passionate about Milton Keynes and providing a dedicated and local service.

One Station, One Community

You can listen to MKFM in several different ways

In your car in Milton Keynes;

The best way to listen to MKFM at home, in the office or outside of Milton Keynes is;

MKFM - Radio Made In MK

RADIO MADE IN MK: Heart said goodbye to their local shows and presenters today. MKFM on 106.3FM, DAB Digital Radio and online is your local radio station for Milton Keynes. Make the switch and keep it local. Here's what we do...