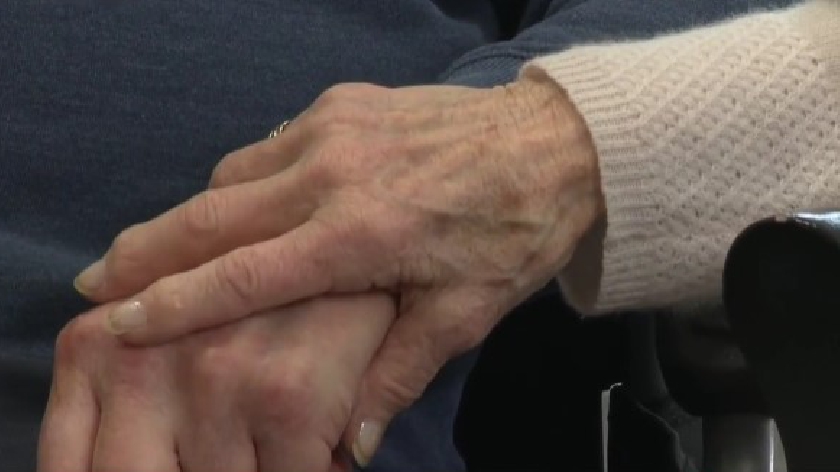 Thousands of people in Buckinghamshire could benefit from a new multi-million-pound competition to find cutting-edge technology that supports people with early-stage dementia.

The Longitude Prize on Dementia is a £4.34 million prize fund from Alzheimer’s Society, Innovate UK and Challenge Works.

It is calling for innovators globally, to use artificial intelligence to create breakthrough technologies that learn from a person living with dementia, adapting and compensating for their condition as it progresses, and helping them maintain their independence and lead a fulfilling life doing things they enjoy.

In a new survey released this week, of people with close family and friends living with dementia in the South, two thirds (64%) say technology would become more important in the future for managing dementia.

More than half (61%) surveyed said they would feel less concerned about their relative’s safety if they had technology to help them live independently.

There are 900,000 living with dementia in the UK, more than 7,200 people are estimated to be living with the condition in Buckinghamshire.

A survey by Alzheimer’s Society revealed 85% of people said they would want to stay at home for as long as possible if diagnosed with dementia.

Kelly Inwood, Area Manager for Buckinghamshire at Alzheimer’s Society, said:“We know that people with dementia want to live independent, fulfilled lives doing the things they love, and our research shows that people feel that technology could play a crucial part in helping them live the lives they want.

“Most existing technology for people with dementia is designed to keep them safe or give their carers peace of mind. But there are huge opportunities to harness cutting-edge technology to help fill in the gaps in their brain and thinking as their condition progresses.

“The results showed that many felt technology, like facial recognition, could help them communicate when their speech declines, but would not be available in their loved ones’ lifetime, however amazingly it already exists in the apps and smart technology we use every day.

“We could repurpose the software of TikTok and WhatsApp to help people put a name to a face or remember a word. The new Longitude Prize on Dementia will open up huge possibilities in this area, making technology work for people living with dementia and their families.”

Delivered by challenge prize experts, Challenge Works, the £4.34m Longitude Prize on Dementia will award £3.34 million in seed funding and grants to the most promising innovators, with a £1 million prize awarded to the winner in early 2026.

In addition, wider support has been funded to provide innovators with crucial insight and expertise – such as access to data, collaborations with people living with dementia and advice on product design.

“Innovate UK, in our role as the UK’s innovation agency, is pleased to be supporting global innovators to create breakthrough products and services that can support independent living for people with the early stages of dementia, help them to live enjoyable and fulfilling lives, and provide their families with invaluable reassurance.”

The prize has received generous support from UK donors The Hunter Foundation, CareTech Foundation and Heather Corrie, as well as the Medical Research Council.

To find out more and enter the Longitude Prize on Dementia, go to dementia.longitudeprize.org.