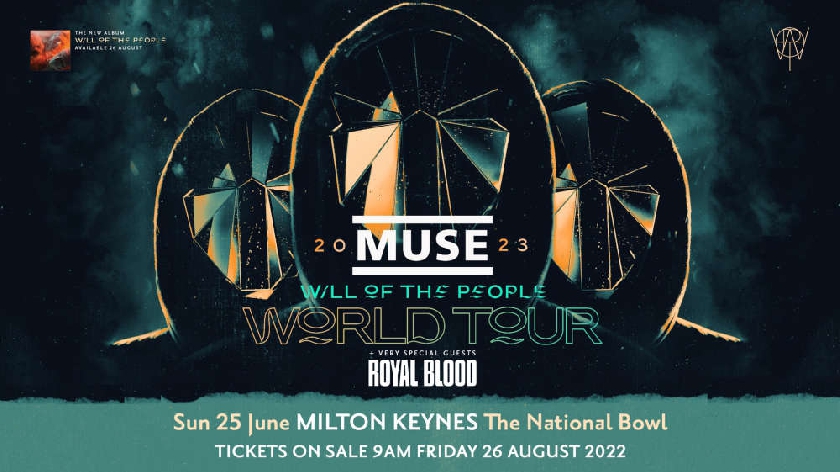 Music is coming back to The National Bowl in Milton Keynes, as Muse announce tour dates.

It will be the first concert that has taken place at the iconic venue in 7 years.

The global tour will make its way to the UK in May and June 2023 with special guests Royal Blood.

Tickets for Muse go on general sale Friday 26th August at 9am via ticket websites Gigs and tours and Ticketmaster.

The #WillOfThePeople tour will come to the UK next Summer with @royalblooduk as support for all dates excl. Glasgow. Pre-order the new album from the UK or European Official Stores before Wednesday 24 August at 12pm BST for first access to pre-sale tickets. pic.twitter.com/YBibTPhwY7

MK Dons Chairman Pete Winkelman said: “We have been very keen to investigate how concerts can operate under our plans for the training ground and we are really excited to be working with SJM to bring Muse to National Bowl for the venue’s first live concert for seven years.

“This announcement won’t affect our immediate goal to get the first-team training pitches relocated to the Bowl as quickly as possible. I am pleased to say that, shortly, we will be re-submitting our original planning application, which will see the first-team’s training pitches located in the Bowl but, this time, with no changes to cycling circuit.”

Tickets on sale Friday 26th August at 9am.