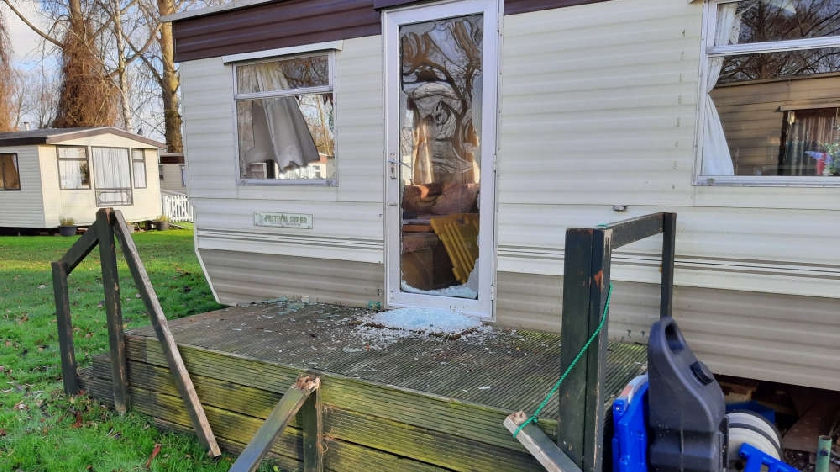 On Saturday 4th December, Police were contacted by Emberton Park staff to say that they had received 11 reports of caravans being damaged overnight.

11 caravans had either 1 or 2 glass doors smashed along with windows, decking, solar panels and aerials pulled down.

The damage to the caravans is said to have taken place between 4pm on Friday 3rd December and 10am on Saturday 4th December.

C9677 PCSO Huckle said "This has been a very upsetting weekend for many of the static caravan owners who received phonecall's to say that their caravan has been damaged due to vandalism.

"Some owners have travelled back to Emberton today from areas across the south east to check on the damage that has been caused to their property".

To make any reports, residents need to call 101 and speak to PCSO Huckle or any member of the North Neighbourhood Police Team.