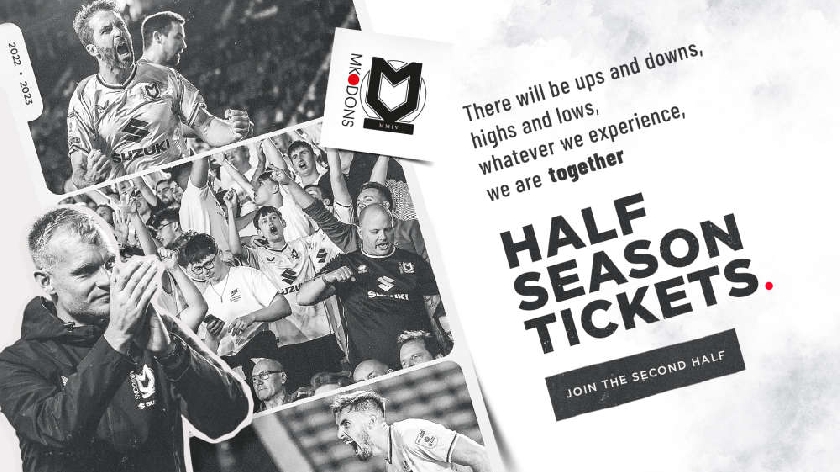 MK Dons Half Season Tickets are now on sale – allowing fans to make the most out of the second half of the 2022/23 season.

With an MK Dons Half Season Ticket, fans will be able to watch the Dons’ final 12 home league fixtures at Stadium MK, starting with the Boxing Day clash with Forest Green Rovers.

There are also hospitality options on offer, including Club Platinum, where you can enjoy a three-course meal and watch the game from for Directors’ Balcony for £92 per game and Under 12s for just £46 per game.

The Club Black offer, meanwhile, allows you to enjoy the games from the comfort of your own private box for 10 guests, priced at £597.83 per game.

You can find out more and check the Fixtures here.