Milton Keynes teenager says he turned £200 into £200,000 by teaching himself how to trade stocks 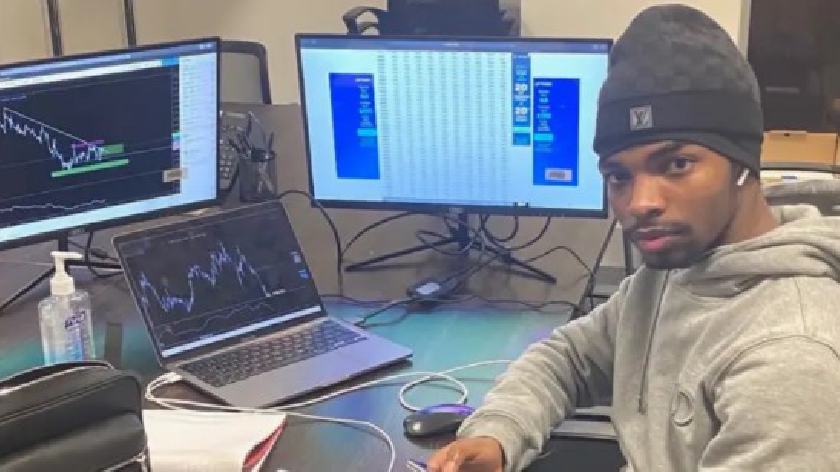 A local teenager that taught himself how to trade stocks by watching YouTube videos says he has turned £200 into £200,000.

Adam Mlamali, age 19 originally from Milton Keynes, has said that in less than a year he has increased his investment portfolio by over 1,000% - all by teaching himself through online videos.

The teenager, who studied at Milton Keynes College, has always had a knack for business having started up his own jewelry company, now doing a finance apprenticeship in Central London.

And rather than jumping on trends in the market, like Gamestop, he says that his success in trading is down to his passion for investing in businesses that he actually likes.

Adam told The Mirror: "What drove me towards the markets was hearing that, although I wouldn’t do it if there wasn’t the financial gain, it's more about being able to invest in causes that you like. The idea is money is power, but money is power because you can drive causes that you want to see driven.

"For me I was heavily interested in space really early on, only because I wanted to be an astronaut when I was younger. I was an early investor into Virgin Galactic, and Virgin Galactic was probably my best performing stock. I made over 100% at the end of it."

Adam predicts that his investments could reach the million-pound mark within the next decade and hopes that his money will support his family, who have struggled with money in the past.

His friends often ask for advice on investing in the stock market, and he told The Mirror that people looking to invest should "know the company" that they are investing in - and not just jump into it like many people are doing on social media.

He continued: "I would just advise people that what you see online, I would take it with a pinch of salt. I have made my investments quite quickly, however I’ve really gone against the grain in terms of what I am investing in.

"Me investing in Virgin Galactic for example was a company I was really passionate about, even if I lost money I was aiming to help a cause that I support, so it made sense.

"A lot of my friends message me like 'should I buy this, should I buy that?', and I say 'you’re going about it completely the wrong way'.

"Know the company you’re investing in and do the research before making the investment and that will make the investment 10 times worth it, because you know you can reapply the same kind of analysis, and you know you didn’t rely on someone else. It was all you."