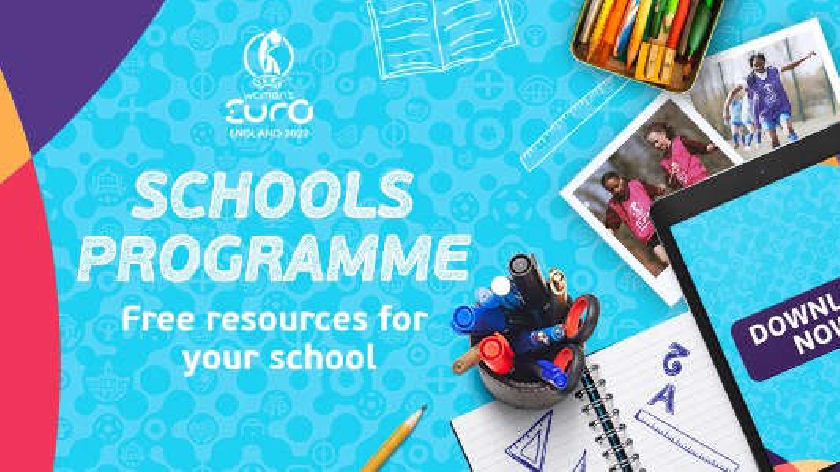 All schools in Milton Keynes and the surrounding area are invited to take part in the UEFA Women’s EURO 2022 Schools Programme.

The 2022 UEFA Women's Euro, which takes place in June and July, is shaping up to be one of the biggest events in women's footballing history as 16 nations compete to be crowned European champions.

Much like the UEFA 2020 Euro, the 2021 Women's Euro was delayed for a year due to the currently ongoing COVID-19 pandemic.

Milton Keynes is proud to be hosting four games at Stadium MK this year involving Germany, Spain, Denmark and Finland, as well as a semi-final, in what’s expected to be a record-breaking tournament for women’s football.

With the launch of the UEFA Women’s EURO 2022 Schools Programme, schools and pupils are being invited to unite and get involved in the tournament coming to MK.

The programme provides teachers access to a digital pack which includes free cross-curricular resources all themed around the Women’s EURO.

The digital resources have been produced by an educational specialist who has worked closely with teachers to ensure they fit with the school curriculum and include a range of activities, including tips for running a EURO themed assembly.

Pupils will be able to fill out a tournament time journal as well as take on the role of organisers by creating their own Fan Zone, all alongside football festival packs and several take-home resources.

Available for Key Stage Two and Key Stage Three [can be adapted for other age groups including Key Stage One], resources will be released all the way up to the tournament to also include topics and themes such as PSHE, Literacy, Maths, PE, Culture and Heritage and reading challenges.