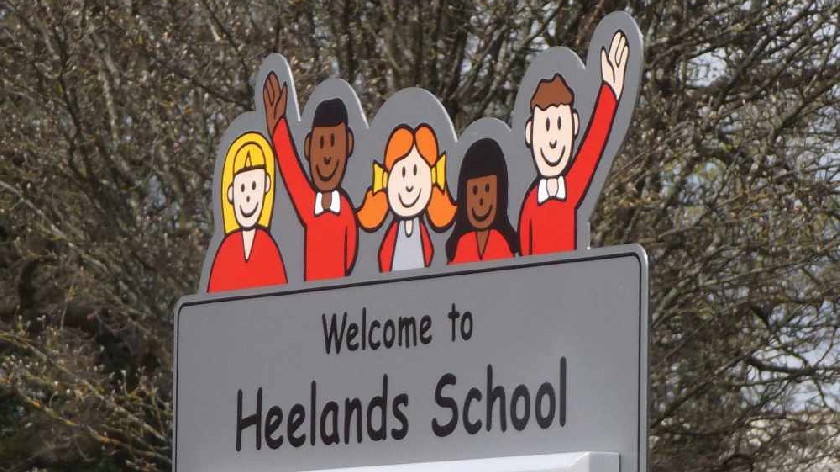 Local firefighters were called to the site of Heelands School after a fire was discovered by a pupil at 11am earlier this morning (10/05).

In a statement released to parents, the headteacher, Lesley Barnard, explains the incident in more detail by saying: "Many thanks for your calm response and kind concerns for everyone's welfare after today's fire incident at school.

"At around 11am, one of the high light fittings in the year 1 shared area set alight. Fortunately, Giraffes, Zebras and Lions were outside for morning break and the fire was noticed by a Lions pupil who had gone back into school to use the toilet.

"Incredibly sensibly, she immediately raised the alarm with a nearby member of staff as the fire alarm system went into action, what are heroine!

"The school was evacuated in minutes, the fire bridge arrived (to great excitement) and the fire was put out.

"The children were superbly sensible and well-behaved, they are well-trained in fire drills and this really showed in their mature response, they were absolutely amazing.

The damage done to the building is described as mostly cosmetic, with the walls and carpets being the worst hit.

The responding fire firefighters had to turn off all services (gas, electricity, water etc) in order to douse the flames with their hoses. Due to this, there was no internet access or phone lines available for the school to initially contact parents. One of the teachers, Mrs Philips, had to return to their home in order to tell parents what had occurred.

From tomorrow (11/05), an electrical survey will be carried out in order to ensure that power can be safely restored to the area. The fire alarm company will also be attending the site to reset the alarms and replace the sensors which have been damaged by the smoke.

Due to this, the school will be closed on Tuesday 11 May while work is carried out.

However, the school makes it clear that there is flexibility to move some classes to different areas of the school, which should hopefully allow for pupils to return to school as soon as possible.