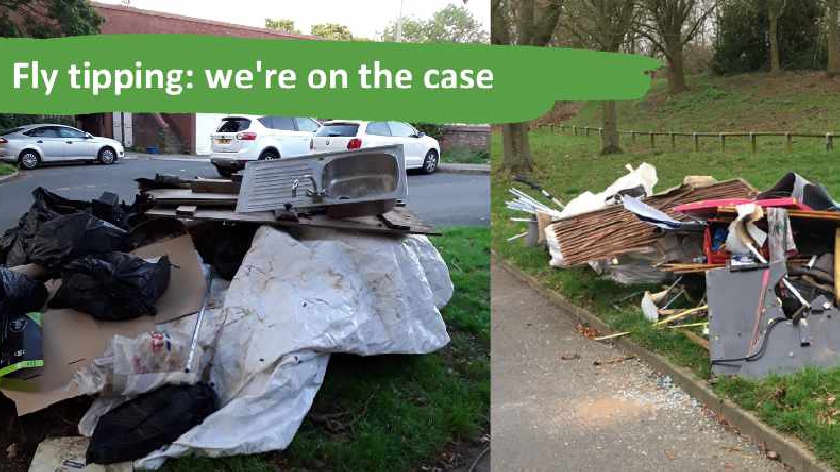 A Greenleys man has been convicted of fly-tipping crimes in court and ordered to complete 120 hours of community service.

After pleading guilty, Stuart Atkinson of Greenleys was also ordered to pay the Council’s full legal costs of £1,086.94 plus £114.64 in compensation for the clean-up costs.

Milton Keynes Magistrates Court heard on 3rd February 2020 that Atkinson and one other person were seen unloading a box van onto the grass verge on Field Lane, Greenleys, leaving behind a large pile of fence panels, wood, carpet and other waste.

Milton Keynes Council’s Environmental Crime Officers contacted Atkinson, but he failed to co-operate with their investigation.

In addition, an Enforcement Officer employed by Wolverton and Greenleys Town Council found a large pile of waste, including 18 black bags and a broken marquee, on Haywards Croft at the junction with Field Lane, which had previously been spotted behind Atkinson’s house. The local authority was notified and Atkinson was taken to court for his waste crimes.

Atkinson pleaded guilty to both offences and will now have to carry out 120 hours of unpaid work within the next 18 months.

Councillor Emily Darlington said: “We work in partnership with Parish and Town Councils and other agencies to crack down on those that still wish to ruin the neighbourhoods that we live in by dumping their rubbish. If you get caught, you will have to pay – fly tipping is not a ‘easy option’ to dispose of waste.”

“We are doubling our investment in next year’s budget to £200k and we will have more mobile CCTV and enforcement. There is no excuse for fly tipping. The majority of residents do not do and those that do we will investigate and take action.”