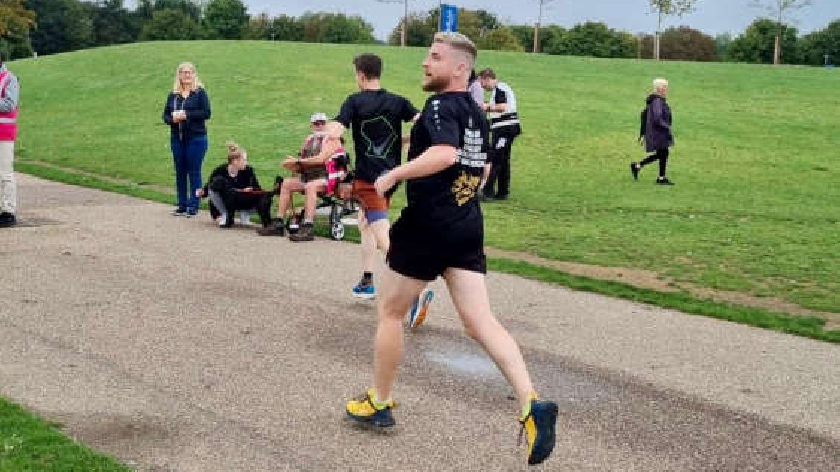 A podcaster from Milton Keynes has raised over £1,300 for charity.

Both charities have helped Luke in his mental health battles over the past couple of years.

The podcaster, originally from Kent, has broken the stigmas around mental illness through his podcast ‘The Stress Sessions’, speaking to celebrities and friends in a series of honest conversations ranging from anxiety and depression to eating disorders and grief.

Clark, who is due to wrap up Series Four shortly by releasing the penultimate episode with opinionated US-based blogger Perez Hilton, has already hosted the likes of singer and actor, Suzanne Shaw, reality star Jess More from Below Deck Mediterranean, and former footballer Jermaine Pennant on ‘The Stress Sessions’ podcast.

Throughout his 621-mile challenge, Luke ran with B*witched singer, Edele Lynch, team GB badminton player Lauren Smith, and other running buddies – including small business owner Kirsty Lund of OhMyCakery! to complete the challenge – which was the length of Penzance to Dundee.

He said: “I’m a runner at heart and it’s one of my coping mechanisms for dealing with anxiety and depression, so I really wanted to do something to give back to the charities who have helped me over the years with my daily struggles.

“By running the 1,000 kilometres, I want to prove that you can live with a mental illness and still achieve something that seems impossible. Although the whole thing was a real struggle, and getting shin splints halfway through, everyone was so supportive throughout. A special shout out to Sally at MK Osteopaths for helping me pull through with my injuries when I felt like my legs had given up on me!”

You can still sponsor Luke by clicking here.