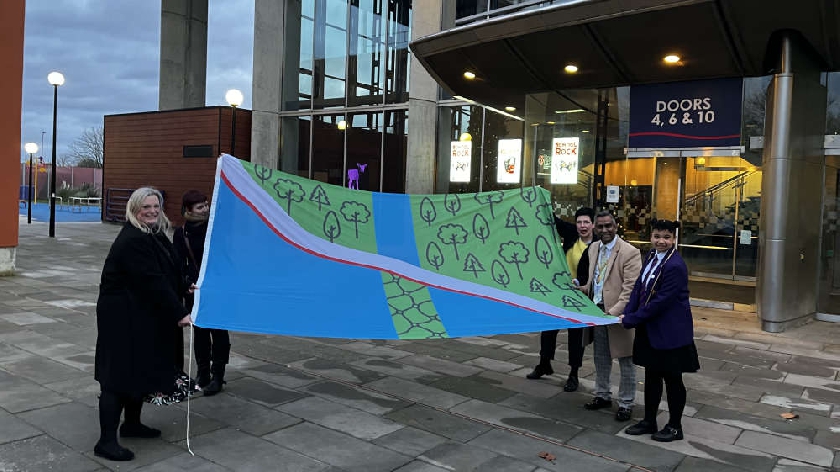 Milton Keynes has officially submitted a bid to be granted formal city status.

Milton Keynes Council has bought together more than 50 knowledgeable people and organisations to develop the bid, which is received by The Queen and her senior advisors.

There’s also been a wealth of public support with hundreds of residents submitting photographs of their favourite local places.

The Council also ran a competition with local pupils to design a ‘flag for MK’. A design created by 12-year-old Thea Callaghan from St Paul’s Catholic School was chosen as the winner.

Thea’s flag has now been made into a real flag that can be seen flying in the city centre.

The bid was covered in vellum produced by WG Cowley of Newport Pagnell - the last parchment and vellum works in the country, who still provide the vellum for declarations of royal births – and was sent in an autonomous delivery robot from Starship Technologies. 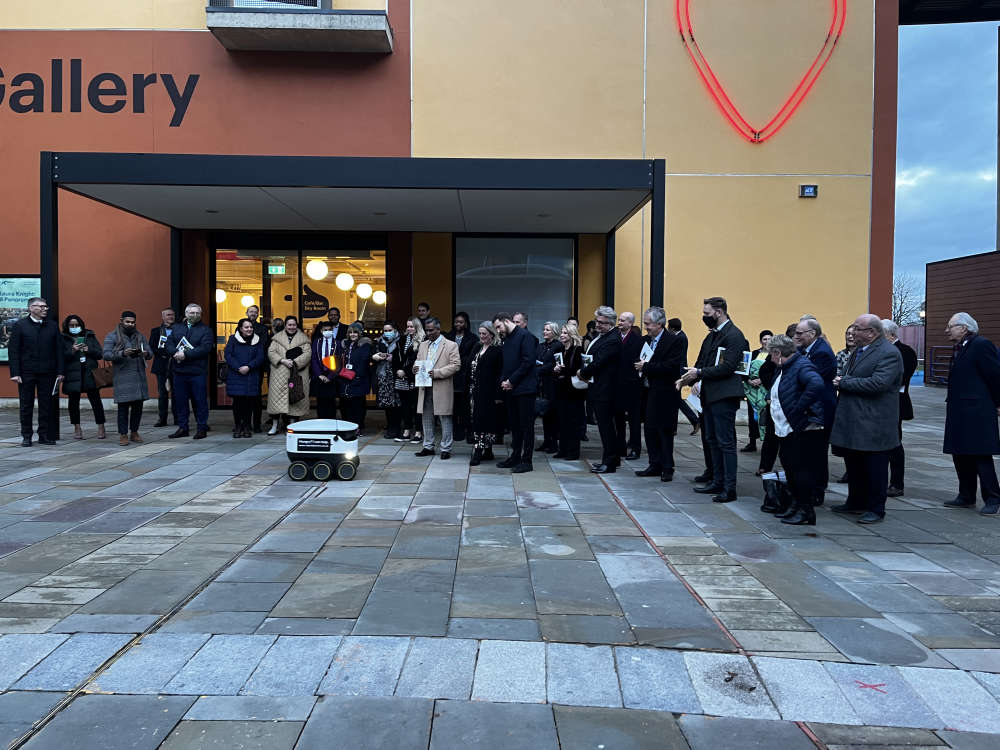 Leader of Milton Keynes Council Cllr Pete Marland said: “By any measure, Milton Keynes feels like a city and was always intended to be one. Almost 300,000 people live here, with citizens from all over the commonwealth and beyond.

"We have the scale and facilities, we have unrivalled green and blue space, and we teach other cities how to be successful and sustainable. We even have a cathedral though uniquely ours is made of trees rather than stone. More importantly, we are a mosaic of communities united by a love of where we live and being granted city status would be a fantastic recognition of that."

The Milton Keynes bid starts with the compelling reasons it should be granted city status, including:

Mayor of Milton Keynes Mohammed Khan said: “I’ve been delighted by how many local people have shown their support for the bid so far, including the hundreds of citizens who shared photographs of their favourite places, and all those children and young people who designed a flag for Milton Keynes.

"I’d also like to say thank you to the knowledgeable people and organisations who gave up their time to work on the bid itself and share why Milton Keynes is such a deserving candidate to receive this special honour. If city status was granted based on the strength of feeling that people have for their home, then we would be in no doubt of being named a city for the Platinum Jubilee.”

For the summary and introduction as HTML page click here.