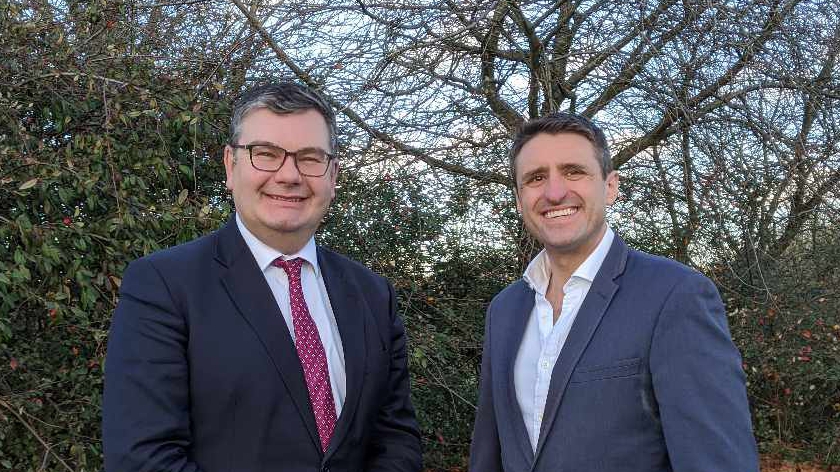 Milton Keynes MPs Ben Everitt and Iain Stewart have reaffirmed their support for the project to bring a new university to the city.

The local Conservatives say there was disappointment last week when the funding required to get the MK:U building programme started wasn’t included in the Chancellor’s budget, despite a heavy campaign.

The MPs, Milton Keynes Council and Cranfield University have all been working hard over the past few years to build a business case and a compelling story for the government and the private sector to back.

Mr Stewart and Mr Everitt are now planning a new effort to secure the support needed to get a spade in the ground.

Ben Everitt MP said: "I'm hugely disappointed funding for MK:U wasn't announced in the Budget as I've been lobbying the Government hard in favour of MK:U both publicly and behind-the-scenes since I was elected in 2019.

"I'm continuing to encourage Ministers to look again at the case for the university because it can be a core part of our levelling up agenda by delivering the skills our local businesses need."

Iain Stewart MP said “I have been a strong supporter of MK:U and I have consistently lobbied my ministerial colleagues to get the Government’s backing for this exciting project.”

"Therefore, I will continue working with Ben Everitt MP, MK Council and other stakeholders to make MK:U become a reality.”

Conservative Council Group Leader Cllr Alex Walker added: “The MPs, MK Council and Cranfield University have wholeheartedly backed MK:U as a levelling up project that would boost MK and the surrounding area.

"While it hasn’t worked out yet, we need to go again with grit and resilience to get MK:U over the line."