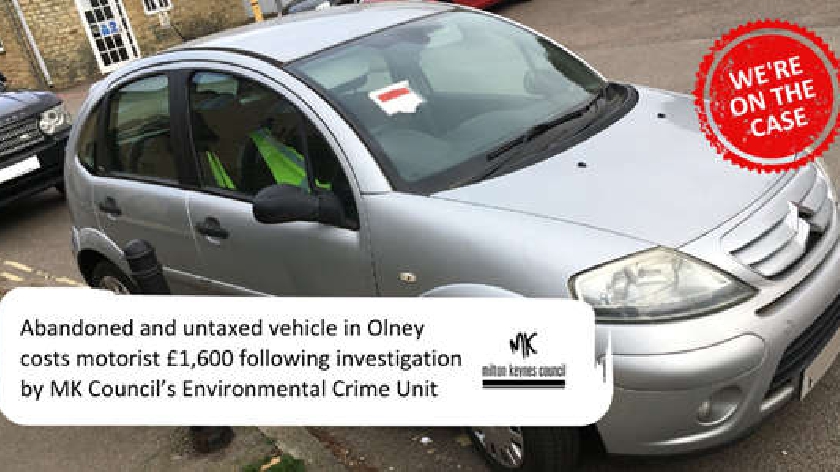 A motorist who abandoned an untaxed vehicle in Olney has been ordered to pay more than £1,600.

The Council was alerted to reports of an abandoned and untaxed Citreon on a residential street in Olney earlier this spring.

Environmental Crime Officers served a notice on the vehicle and sent a letter to its owner asking them to move it.

A week later, officers returned and found the car untouched, they then initiated legal proceedings.

The motorist from Kents Hill in Milton Keynes didn’t cooperate with the Council’s investigation and failed to attend a later court hearing.

They were found guilty in their absence and ordered to pay more than £1,600 in fines, costs and compensation.

Cllr Lauren Townsend, Cabinet Member for Public Realm at MK Council said: “This motorist could have received a good price for their unwanted vehicle, instead of dumping it in a street for someone else to deal with.  My thanks go to our Environmental Crime Unit for their continued efforts to keep MK’s streets clean and safe.”