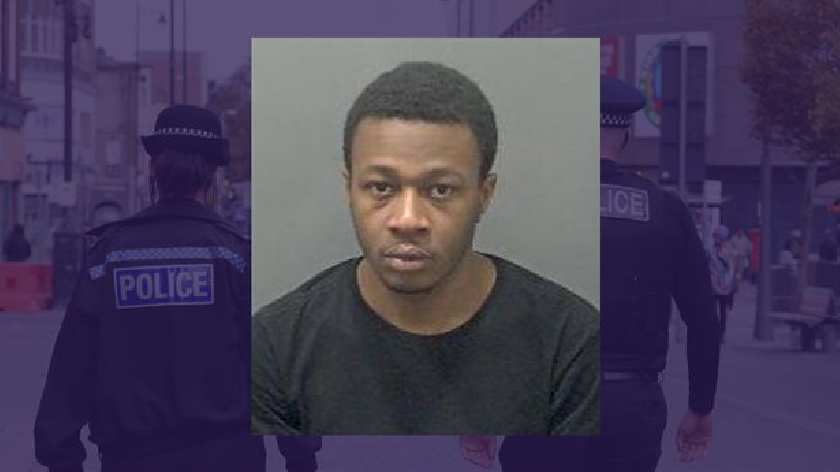 A man has been jailed for four years, after pleading guilty to two counts of knife-point robbery offences in Luton, just one hour apart, on the same night in February 2019.

Dylan Aimable-Brown, 32, of Lavender Hill in Broughton, Milton Keynes, was sentenced on Friday (26/3) at Luton Crown Court for robbery, attempted robbery and two counts of possession of a bladed article.

Just after midnight on 6 February, Aimable-Brown approached a man on Dallow Road, Luton, near the junction with Ashburnham Road, and threatened him with a knife, demanding he hand over the contents of his pockets.

As the victim handed over a debit card, Aimable-Brown fled.

One hour later, at the taxi rank by Luton train station, Aimable-Brown again produced the knife and threatened a second man, forcing him towards the cashpoint. A station worker came outside and Aimable-Brown fled the scene empty-handed.

Aimable-Brown was tracked on CCTV and arrested a short while later.

Detective Constable Oliver Fitton, from Bedfordshire Police, said: “Both victims have spoken of the fear they experienced when being threatened by Aimable-Brown at knifepoint.

“They both thought they would be stabbed, and have understandably suffered emotional distress as a result.

“We will never tolerate knife crime on our streets, and seeing Aimable-Brown locked up will hopefully help both victims recover from their ordeal.”

Aimable-Brown was sentenced to four years for robbery, four years for attempted robbery, and a year each for two counts of possession of a bladed article, all to run concurrently.