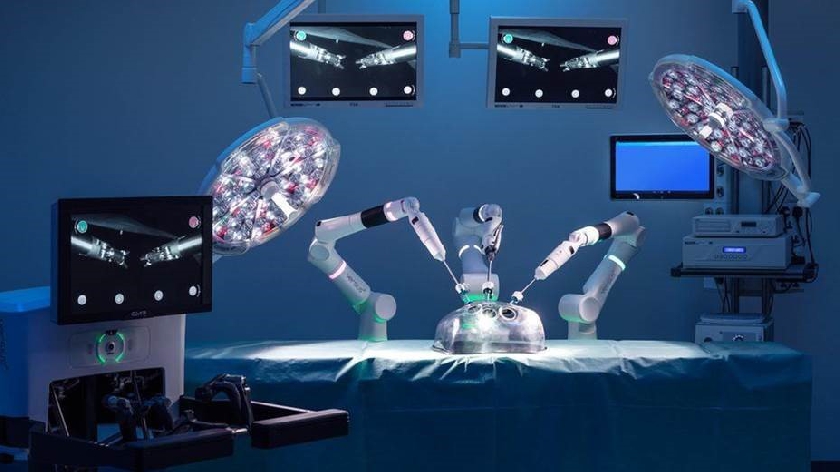 Milton Keynes Hospital has become the first in Europe to use the Versius Surgical Robotic System for major gynaecological surgery, including complex cancer cases.

Since its introduction to Milton Keynes Hospital (MKUH) in 2019, CMR Surgical’s Versius Robot has performed over 100 complex surgeries across colorectal, gynaecological, and general surgery.

The use of Versius at the hospital is particularly important at present as it has allowed major and complex gynae procedures to continue at the hospital throughout the second lockdown.

Surgical robots can enable much wider uptake of keyhole surgery, with faster recovery times, less time in hospital and reduced risk of infection.

Nidhi Singh, Consultant in Obstetrics and Gynaecology at MKUH, said: “Versius represents a massive step forward in making minimal access surgery (MAS) accessible to many more patients. A hysterectomy is a major and complex surgical procedure. When performed openly, it traditionally requires around five days’ stay in hospital and many weeks to fully recover. We aim to change this for the hundreds of women who undergo these types of surgeries at our hospital every year.”

Mark Slack, Chief Medical Officer at CMR Surgical, added: “We are delighted that the team at Milton Keynes are the first in Europe to be using Versius to perform gynaecological procedures. Where surgical robotics were previously focused on Urology, with Versius we are opening up the opportunity for gynaecological cases to be conducted robotically giving patients the benefits of MAS.

"In designing Versius our goal was to provide a versatile and portable surgical robotic system that could transform the field of minimal access surgery – allowing more patients to benefit than currently do.”

As one of 18 hospitals named as a ‘fast follower’ of NHS England’s Global Digital Exemplars programme, MKUH has been a digital pioneer and leader in embracing new technologies, having first adopted Versius for colorectal surgery in 2019.