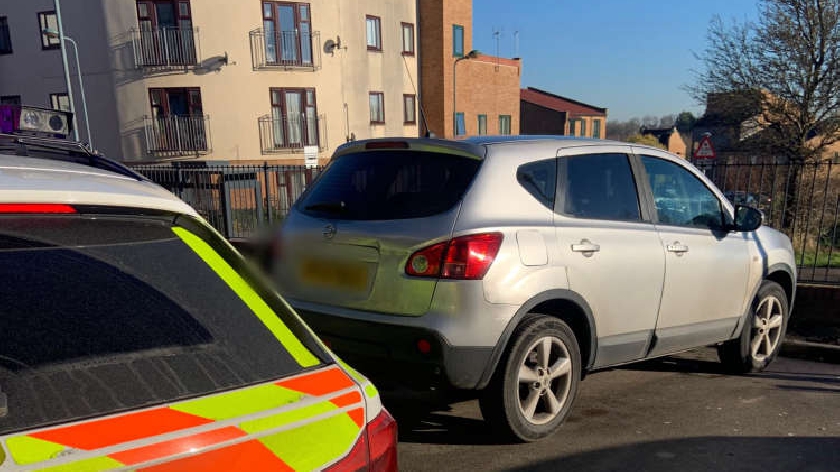 Police arrested a driver after they provided a positive premlinary drug wipe for cocaine and cannabis.

Thames Valley Police's Road Policing team pulled over the Nissan Qashqai whilst driving around Milton Keynes. Police had noticed some 'rather poor driving' and no indication.

Once stopped, the driver provided a positive premlinary drug wipe for cocaine and cannabis. Police also then found that the driver had an expired driving licence following a previous period of disqualification.

The driver was arrested for Section 5a RTA, being in charge of a motor vehicle with concentration of specified controlled drug above specified limit, and the car was also seized.

The driver was then taken to custody where he provided a blood sample for analysis.

When somebody has their licence disqualified, the driver then must reapply to get it back. The DVLA will send a renewal form as the disqualification comes to an end.

Thames Valley Police say: "Different drugs stay in your system for different amounts of time. Even if you haven’t taken drugs on the day you are stopped, you could still be over the prescribed limit and driving whilst unfit through that substance.

"Driving while impaired through drink or drugs is on the fatal 5 reasons people are killed or seriously injured in road traffic collisions."