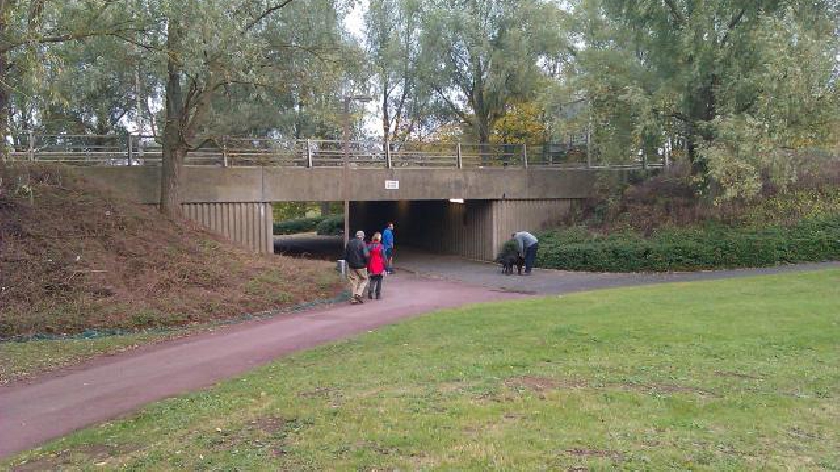 A plan to create three brand new redways will be included in proposals to spend £1 million on projects in Bletchley.

The redways will connect the Blue Lagoon area with Newton Leys, the Lakes Estate and on to Bletchley rail station.

Milton Keynes Council is also going to ask the Government for £200,000 to prepare the former fire station site for possible regeneration.

If public money can be spent on clearing the site Cllr Marland said housing companies would not have to do that, meaning that more affordable homes could be included, if that is what eventually happens to the site.

Welcoming the bid at a meeting on Tuesday council leader Pete Marland said: This will give confidence that change is coming and that change will benefit local residents.”

He officially confirmed a decision to submit a bid to Government before Friday’s deadline (August 14).

The projects will have to be finished by the end of the financial year in 2021 and they mark the first part of a larger bid to bring £25 million more into the town.

“The Blue Lagoon is an amazing piece of nature and I’m particularly lucky and proud to have this on my doorstep and hopefully expanded when the landfill ceases in the next few years,” he said.

He welcomed better connection to Newton Leys which would allow people to cycle to the rail station.

“This scheme helps to connect different parts of the town and to make Milton Keynes the greenest city.

“The feedback has been overwhelmingly positive,” he added.

After the meeting he tweeted: “@mkgreens first suggested this 10 years ago when Newton Leys was planned and Bletchley Transport Strategy being written. Good news that it is happening at last.”

The £1 million also includes a safety net to cope with possible cost overruns. But if it all goes to plan money would be redirected to town centre projects.