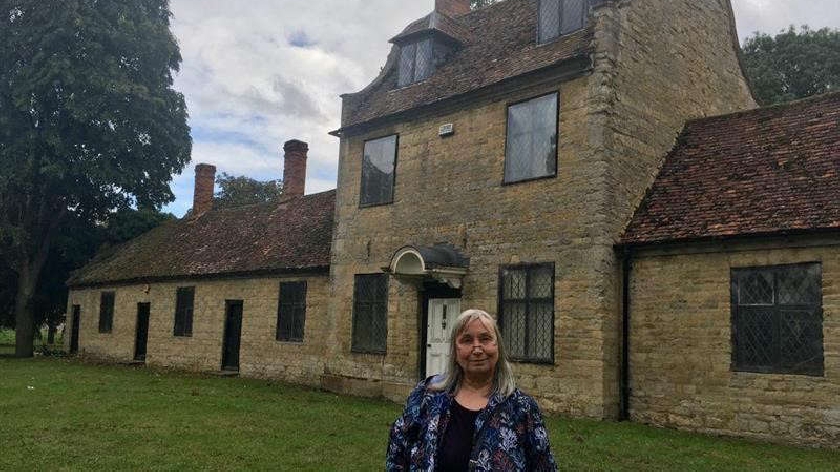 Cllr Hannah Minns outside the Almshouses

The Almshouses were commissioned in 1702 and acted as a form of low-cost community housing up until the 1960s.

The Almshouses, at Great Linford, are a Grade II listed building and a site of national interest to Historic England.

They were commissioned by Sir William Pritchard in around 1702, with the central building being used as a schoolhouse.

Since remaining vacant, the buildings have fallen into disrepair.

Maintenance for the buildings is costly, with an initial survey suggesting that the necessary structural renovation will top £1.3m.

The Council believes the best decision is to transfer the lease of the Almshouses to The Parks Trust so that the repairs can take place.

Cllr Middleton said: “The Parks Trust is currently regenerating Linford Manor Park and has a true interest in highlighting its historic significance.

“By creating a long 999-year lease, we can ensure that the Almshouses are restored and used by generations to come.”

The Parks Trust plans to let out the schoolhouse as a residential property and three of the Almshouses as commercial office spaces.