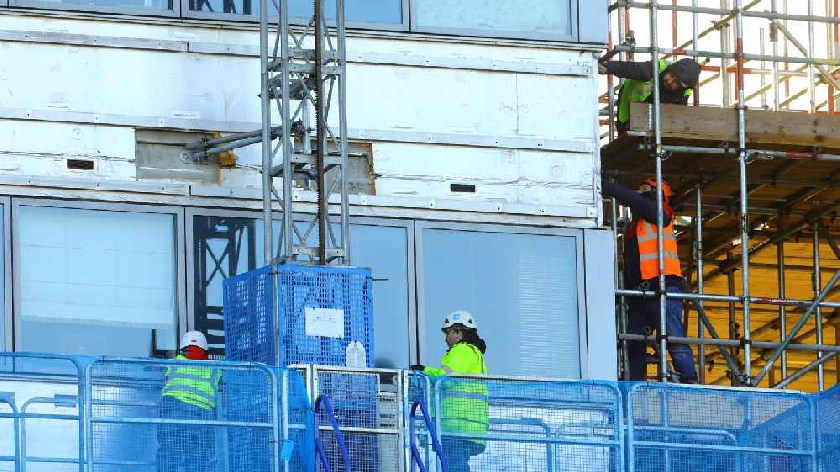 The Leader of Milton Keynes Council has been asked to write to the Government to highlight concerns that were addressed at last night’s Full Council.

This comes as the Labour/Lib Dem Progressive Alliance moved a successful motion on Fire Safety and Support for Residents in response to the cladding scandal.

Ben Nolan, Labour Councillor for Central Milton Keynes Ward, spoke on behalf of thousands of local people that feel trapped in their high-rise properties, are unable to sell, and are at risk of facing large bills for remediation works.

Cllr Nolan moved the motion: “It has been nearly four years since the Grenfell tragedy and the Government still isn’t doing enough to for people who are stuck living in unsafe properties.

“Residents should be protected from unfair costs and not live in fear that they could pay hundreds of thousands of pounds for something that isn’t their fault.”

The Council heard several moving and heart-breaking stories from residents in Milton Keynes whose whole lives have been put on hold by the Government’s failure to act.

Adam, who lives in Central Milton Keynes, is unable to sell his apartment and claims the mandatory building insurance has increased by 600%.

“This leaves me trapped," Adam told the council last night, “Physically trapped, financially trapped, and mentally trapped in a building that I do not own, that I did not design, build, or assess and sign off as compliant with regulations at the time.

"This issue does not just affect me. There are over 1,000 flats within a five-minute walk of my building, which are home to people trapped in the same way.”

Jenni Ferrans, Liberal Democrat Councillor for Monkston Ward, seconded the motion: “We share residents’ concerns about the cladding scandal and believe the current system is flawed.

“The Government is not providing enough financial support to those who are living in unsafe buildings and we will support residents to achieve fairness on this issue.”

Cllr Ben Nolan concluded: “I have also heard repeatedly from residents that their emails to the two Milton Keynes Conservative MPs have gone unanswered or they had just been brushed off.

"I hope, and I know the residents of Milton Keynes will also be hoping, that following this strong show of local unity – that this will no longer be the case.”