Milton Keynes Council set to step on the gas to get 5,000 new homes built 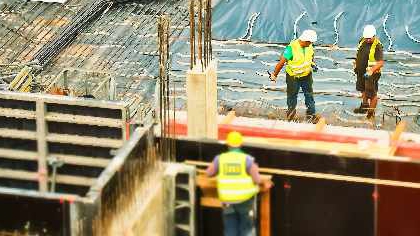 Milton Keynes Council wants to step on the accelerator over plans to build 5,000 new homes in the next big expansion of the city.

The council, which has agreed to the principle of developing the triangle of mainly farmland on the Newport Pagnell side of the M1, now has to have a development framework in place to be able to properly deal with planning applications.

Now, next Tuesday (June 18), Cllr Martin Gowans, the council’s cabinet member for planning and transport, is set to decide whether to launch six weeks of public consultation on the Milton Keynes East Development Framework.

At the same time it is waiting for an imminent decision from the government on a council bid for nearly £95million to pay for infrastructure in the Milton Keynes East Strategic Urban Extension (MKE SUE). This includes for schools and a controversial new bridge over the M1.

Anticipating that the money will be given, council planners want to be ready to be able to decide ‘in a timely manner’ on any planning applications that developers put forward.

Much of the land is already owned by developers, including Berkeley Group and Bloor Homes. The council is itself one of the patchwork of landowners in the 461-hectare site.

Andrew Turner, a senior planning officer, in his report to Cllr Gowans, said: “The ‘Do Nothing’ option is to not consult. This is not considered appropriate as, in the event that the council’s HIF bid is successful, the planning policy position would not be finalised ready for planning applications to be determined in a timely manner. It would not allow any HIF-funded infrastructure to be delivered in the timescales required.”

After the six-week consultation period, council officers would make their amendments before councillors make the final decision. This could take place in the autumn.

As well as allocating land for around 5,000 homes, there would be 105 hectares of employment land, education and health facilities.

In the draft framework, planners are also looking at providing at least one district centre, a fast mass-transit system, and a linear park on the River Ouzel floodplain.

The planning document says: “Milton Keynes East will become a sustainable, high-quality and thriving new community. It will be a place with a unique identity which can complement, but be distinct from, adjoining towns and villages.

“It will be an exemplar of modern town planning that can take forward the proud and successful legacy of place-making locally. It will be based upon a bespoke masterplan-led approach to create a new settlement for the 21st century that will be sustainable, successful and prosperous in its own right.”