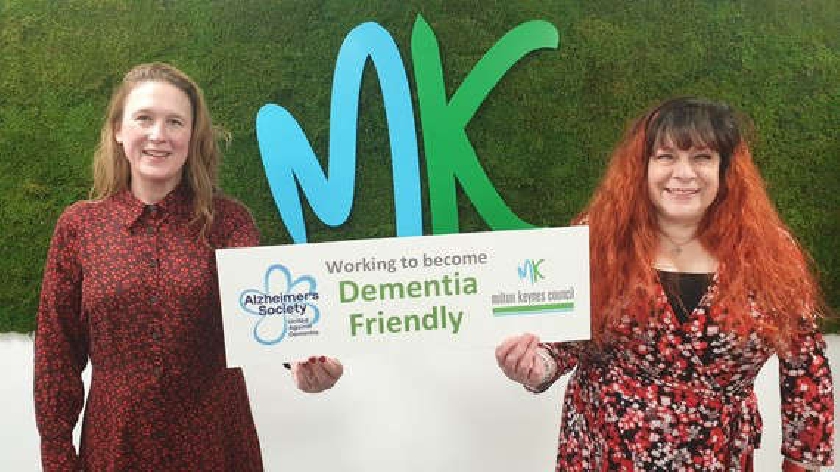 A new partnership has been agreed between the UK’s leading dementia charity, Alzheimer’s Society and MK Council in a step to become dementia friendly.

The new partnership will cover a broad range of city-wide and local community projects, with ideas for development.

They will also establish some dementia-focused community groups across MK, working alongside the NHS and other partners.

These groups will look at existing local facilities such as cafes, shopping areas and GP surgeries.

Opportunities such as ‘memory clubs’, music activity groups and clearly signposted walks will also be explored by the Council.

Cllr Emily Darlington, Cabinet Member for Adults, Housing and Healthy Communities, said: “Our aspiration is for MK to be known as a dementia-friendly city; a good place to live for people with dementia and for their carers, friends, and family.  Right across the country, we have an aging population and the number of people living with dementia locally is set to increase.

"This is a journey for us, and we are committed to exploring new ways for people living with dementia to be respected and considered at every level.”

Linda Goddard, Alzheimer’s Society Area Manager, said: “We are delighted that Milton Keynes Council is taking steps to become a dementia friendly city where people with the condition are understood, valued, supported, and confident that they can contribute to community life and empowered to live the life they want to.

"From the taxi driver to the hairdresser and the bus company to the newsagent, everyone can identify things they can do to support people with dementia to continue to do the things they want to.