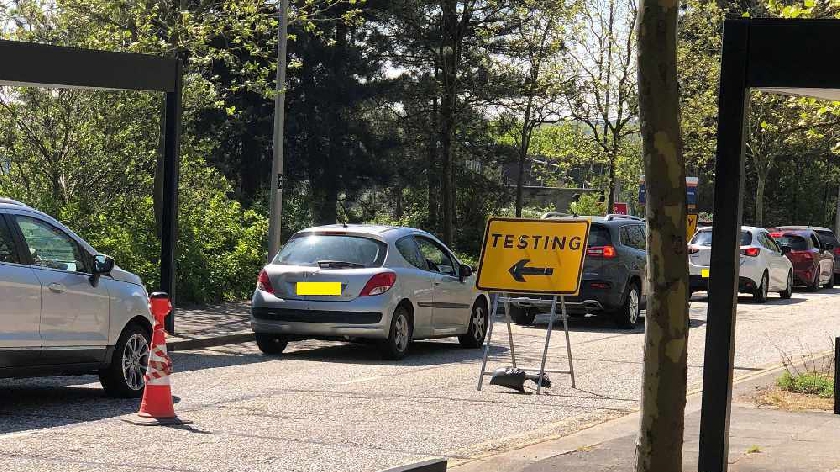 A national newspaper has revealed that government coronavirus case numbers on a local authority level do not include any tests from local drive-through test centres and some home testing kits.

MKFM and other local news outlets have been reporting the number of positive coronavirus test cases on a local authority level throughout the pandemic.

At present, UK government figures show 518 positive cases of coronavirus in the Borough of Milton Keynes.

However, it has now been revealed by the FT that this number is only the number of positive cases recorded in so-called 'Pillar 1' environments - tests which have been completed in NHS or Public Health England environments (primarily Milton Keynes Hospital).

It does not include any 'Pillar 2' test results - which includes the drive-through test centre in Central Milton Keynes as well as some home test kits which have been ordered online by local residents.

The news means the government have not publicly released any local information about how many positive cases of coronavirus have been recorded outside NHS environments in Milton Keynes.

As an example, the number of positive coronavirus cases recorded for Leicester in the official local government data from June 13th to 26th is 80 - but Health Secretary Matt Hancock said there was in fact 944 cases recorded in the same period when the non-Hospital tests were included.

Any positive test results are always included in the national figures - so test results from the Milton Keynes Drive-Through are being recorded - but they are not currently released on a local level.

The government has said that the information has been passed to local public health officials and stressed that since June 11th a dashboard has been supplied to the local Directors of Public Health with the information.

Since the news that twenty children and adults from a Milton Keynes nursery tested positive for coronavirus, local residents have been questioning why they have not seen this information reflected in the government figures.

This can now be explained as the tests in this case are likely to have taken place outside Hospital and so never included in the local area figures for Milton Keynes.

Confirmation that only Pillar 1 tests are included in the local data is confirmed in the 'About The Data' page on the government coronavirus website - which states:  "England, Northern Ireland and Scotland each provide data based on tests carried out in NHS (and PHE) laboratories. These represent 'pillar 1' of the Government's mass testing programme."

"We need to trust people to then take sensible precautions to manage their risk. Publishing incomplete data can be unhelpful and lead to a false sense of security. Milton Keynes still has a low infection rate but we can not take things for granted."

"The government needs to get a grip and make sure we all have the right information so people can make sensible decisions.”

Commenting on the FT's findings, the Department for Health and Social Care said: “We have been working closely with our local partners, providing them with the resources and tools so that they can take swift action to deal with any new local spikes in infections.”

The news comes as the government is also under pressure to reveal the number of people being tested every day.

At present, national data for the number of people being tested has been shown as 'Unavailable' for a number of weeks.

Business Secretary Alok Sharma told BBC Breakfast this morning: "The reason that the numbers of people has not gone through is because there is a small percentage of cases where people have been included more than once in the figures."

"We are working with the UK Statistics Authority in looking at that."