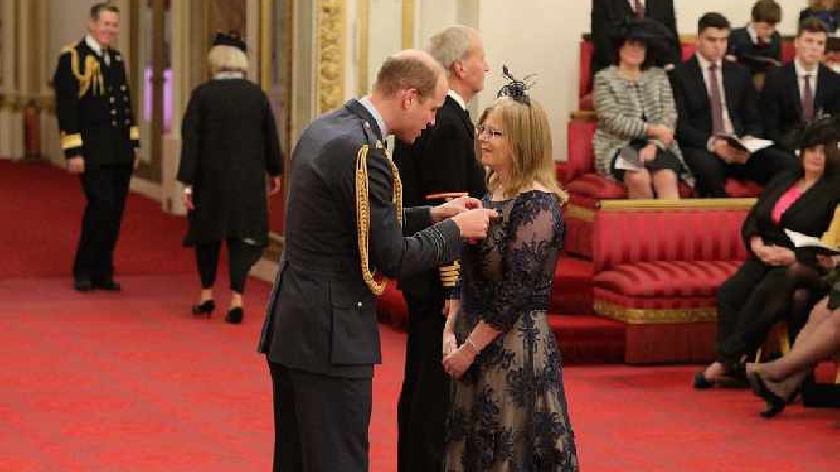 Group Principal and CEO of Milton Keynes College and Chair of the Helena Kennedy Foundation, Dr Julie Mills, has been awarded her OBE by the Duke of Cambridge, Prince William at Buckingham Palace.

Dr Mills was named by the Queen in this year's Birthday Honours List for her services to business and to education.

She began her career as a college lecturer, spending a substantial part of her early career working in prison education and eventually rising to be the CEO of MK College.

Dr Mills is a passionate advocate of equality and diversity. She chairs Women leaders UK and the Helena Kennedy Foundation which gives grants to help people who might otherwise struggle financially make the transition from college to university.

She said: "The best part of it for me was seeing my parents and my husband in the audience as I received the award."

"The Palace itself is amazing and meeting the other recipients on the day was both humbling and inspiring."

She added: "Prince William was absolutely lovely and we had a good chat, although I'm not supposed to say what about!  It's still hard to believe it actually happened and it's something I will remember forever."