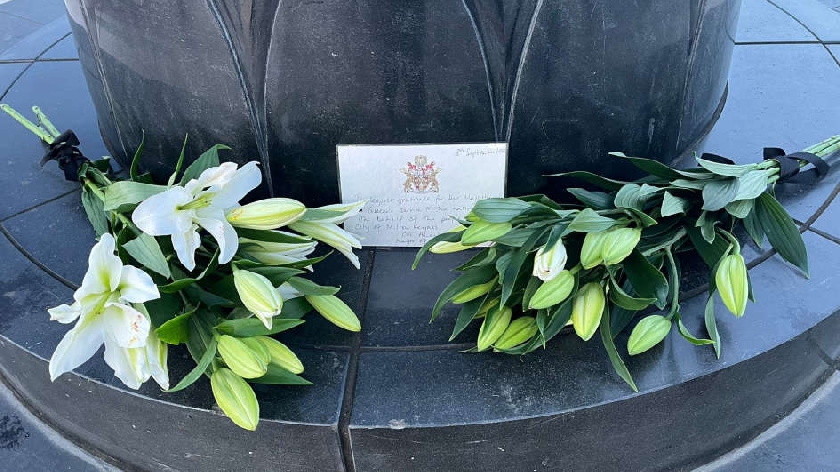 Flags at Milton Keynes City Council are flying at half mast following the announcement of the death of Her Majesty The Queen.

The Mayor of Milton Keynes, Mayor Amanda Marlow said: “It is with great sadness that Milton Keynes City Council hears of the death of Her Majesty The Queen.

"We send our deep condolences to the Royal Family on behalf of the people of Milton Keynes. I will be writing to The Royal Household to express our sympathies.

"Her Majesty’s 70-year reign witnessed many milestones in the history of this country and the Commonwealth, and more changes in the way we live our lives than any previous reign.

"We express gratitude for Her Majesty’s life of dedication and service to the British people.”

Residents who wish to lay flowers are also invited to do so at the Milton Keynes Rose.

Flowers left in other areas may be moved there.

The City Council has requested that flowers are taken out of cellophane wrappers where possible, and that no naked flames or candles are left.

A book of condolence will be held at the Milton Keynes City Council Civic offices from Friday 9th September.

Information on official services and events, and on changes to upcoming Civic events during the period of national mourning will follow. Flags at the Milton Keynes City Council Civic offices will remain at half-mast until a new sovereign is proclaimed, in line with official protocols.

The Civic building is also set to be lit in purple to signify the national mourning.