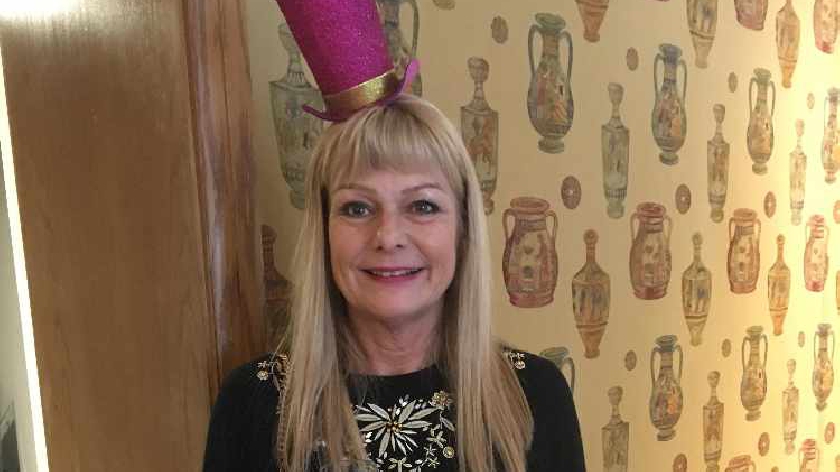 A charity based in Shenley Wood is giving special recognition and thanks to some of its valued workers during national Volunteers Week’ which takes place from 1-7 June.

Among the volunteers that the charity Brain Tumour Research relies upon is Jane Peers who offered her services after retiring from her job as a vice president at American Express. Jane lost her husband to a brain tumour when he was just 41 years old.

Jane, who lives in Kingsmead, said: “Mark was diagnosed with a grade 3 astrocytoma in 1999 after experiencing terrible headaches, just two and a half years after we were married. We were told he had a survival prognosis of two years. Mark underwent a craniotomy to remove as much of the tumour as possible, as well as radiotherapy and chemotherapy. His tumour grew back three times and he had further chemotherapy treatment.

“In the end, Mark survived around seven and a half years from diagnosis, passing away in December 2006. He fought every step of the way and was very positive throughout, often saying: ‘If I can survive 10 years, I’m sure they will have found a cure’, but that didn’t happen and a cure still hasn’t been found.

“I started volunteering at Brain Tumour Research when I took early retirement four years ago.  It had always been in my retirement plan to enable me to help in some small way supporting research and ultimately finding a cure for this devastating disease. Primarily I send out merchandise to supporters who have ordered on eBay or are holding charity events and challenges to raise funds for much needed research. I also update supporter information.  I find it so fulfilling and the team and my fellow volunteers are amazing; it feels like I am part of the Brain Tumour Research family.” 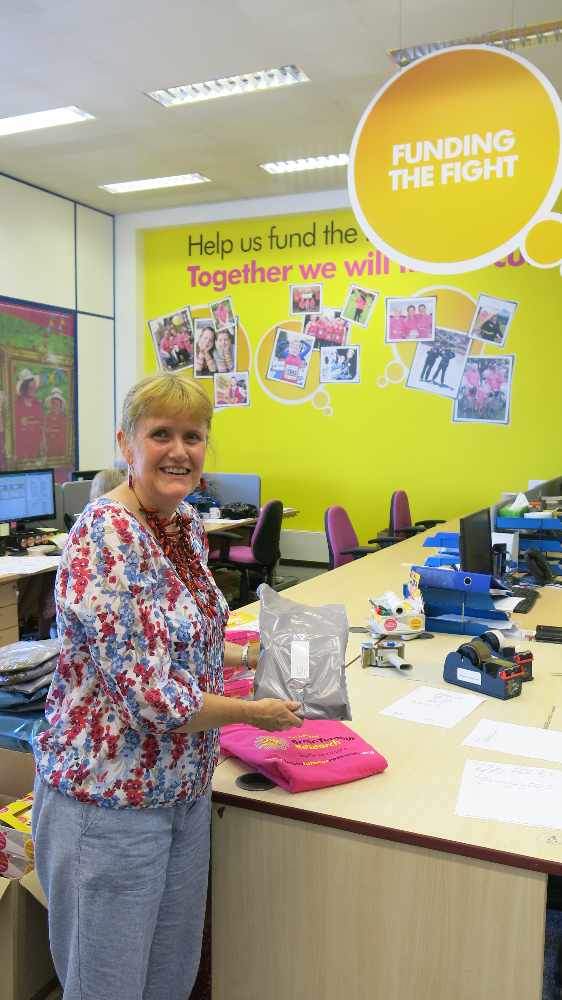 Emma Carrick of Shenley Church End started volunteering at Brain Tumour Research’s head office in October 2017, after her husband Brian had been diagnosed with a brain tumour in October the previous year.

Emma said: “Brian, now 58, and I had been together for more than 30 years when he was diagnosed with a grade 2 oligodendroglioma after suffering a seizure at home. It was a massive shock. He underwent surgery to remove most of the tumour, followed by radiotherapy and chemotherapy to get rid of the remaining 2-3% of the tumour.

“His MRI scans continue to show that Brian remains stable and we feel very lucky. Just 12% of those diagnosed with a brain tumour survive beyond five years, compared to an average of 50% across all cancers. However, Brian suffers with memory loss and balance issues and has had to give up the career he loved in cyber security.

“I decided to volunteer at Brain Tumour Research to give something back and handily the head office is so close to where we live. I am often in, along with other volunteers, helping to send out merchandise to charity supporters for their fundraising events and challenges. I love the sense of community my role as a volunteer brings, as well as working with a regular team each week. We have really got to know each other over the time I have volunteered and I count them as good friends.”

Not content with being a volunteer, Emma also fundraises for Brain Tumour Research and has notched up close to £6,000 to help fund vital research. For the fifth-year running, earlier this year she took part in Wear A Hat Day, although Emma takes this a step further by not just wearing a hat on the day, but by donning a different hat every day during March, which is Brain Tumour Awareness Month, and this year raised an impressive £1,045.

Brain tumours kill more children and adults under the age of 40 than any other cancer, yet historically just 1% of the national spend on cancer research has been allocated to this devastating disease.

Charlie Allsebrook, community development manager for Brain Tumour Research said: “We are thrilled to celebrate Volunteers’ Week by recognising our treasured volunteers and although the pandemic has curtailed their volunteering over the last year, we thank Emma and Jane and everyone who plays this vital role.

“As well as volunteers at head office, we rely on people in the field who help out in all sorts of ways, including at fundraising events, by selling Christmas cards on our behalf, or by processing our collecting tins.”

Brain Tumour Research funds sustainable research at dedicated centres in the UK. It also campaigns for the Government and the larger cancer charities to invest more in research into brain tumours in order to speed up new treatments for patients and, ultimately, to find a cure. The charity is calling for a national annual spend of £35 million in order to improve survival rates and patient outcomes in line with other cancers such as breast cancer and leukaemia and is also campaigning for greater repurposing of drugs.

For information about volunteering for Brain Tumour Research go to www.braintumourresearch.org/contact/volunteer-for-us