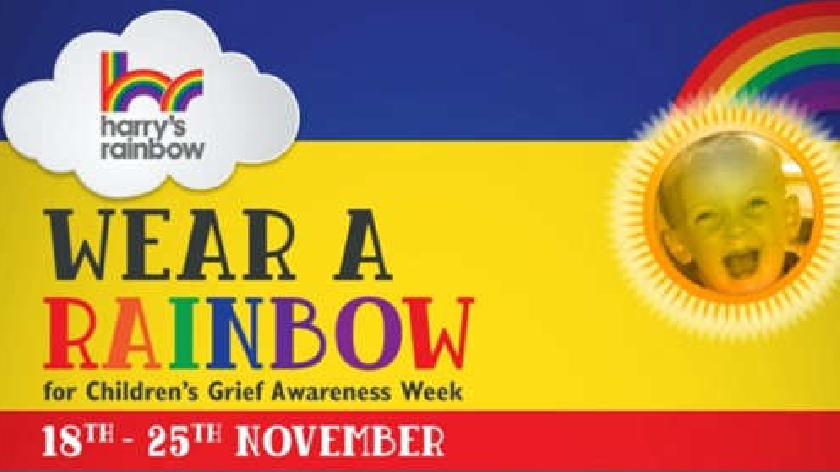 Harry’s Rainbow are a Milton Keynes based children’s charity who support children and young people who have been bereaved of a parent or sibling.

The charity have just launched their annual Rainbow Week campaign which will run between 18th - 25th November and are appealing to local residents and organisations to join them and wear rainbow colours. 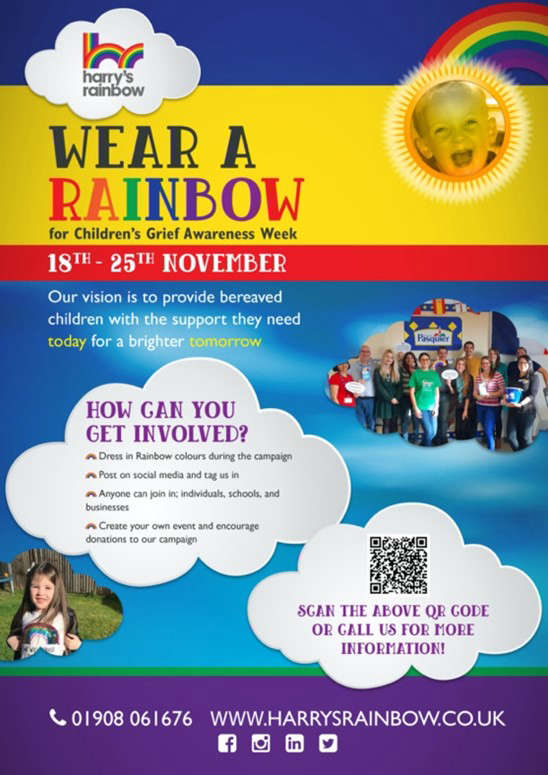 Harry's Rainbow can provide selfie props, face paint and t-shirts. All you need to do is pick a day between 18th - 25th November to raise awareness of child bereavement by wearing a rainbow.

Founder of Harry's Rainbow Odette says, "Last year was a great success and we had loads of companies and individuals taking part. This year we would love to expand on that success. Our Rainbow Week campaign means so much to the charity and we are so appreciative of everybody for their support."

Statistics taken in 2015 showed that 100 parents died in Milton Keynes in one year, leaving dependent children. Nationally, it is estimated that 1 in 29 school children are bereaved of a parent or sibling – that is potentially 1 per school class.