The Breakers mark the return of men's basketball to Milton Keynes 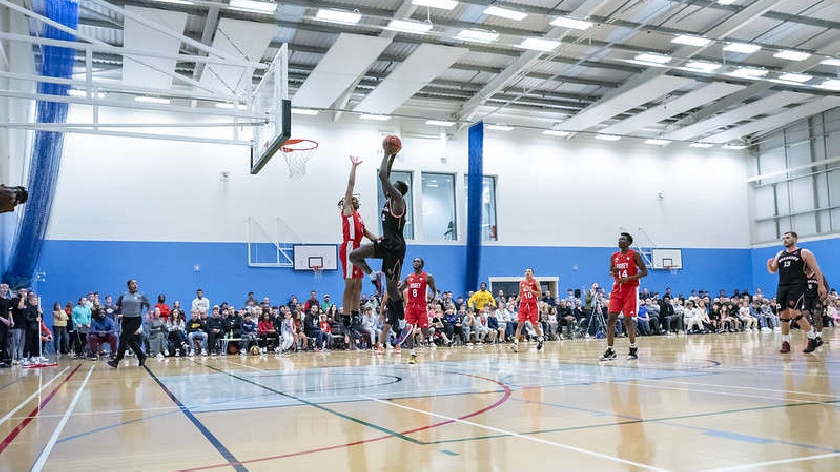 Over ten years since the Milton Keynes Lions' relocation to London, there's a new hope for men's basketball in the city.

The Milton Keynes Breakers Basketball Club has established its first-ever senior men's team for the 2022-23 season, which will see a competitive men's basketball team in the city for the first time since the Lions' departure 2012.

Formed by the MK Basketball Foundation, who are celebrating their fifth anniversary this year, the team looks to help Milton Keynes become a top basketball destination in the country once again.

The Foundation already oversees boys and girls teams and training sessions ranging from Under-6s right up to Under-18s, and have over 800 active members playing across their five associated centres.

With such a strong presence in the local community, the natural progression for the Foundation was to undergo a rebranding, honouring the famous Bletchley Codebreakers with their new name, and establish a team to compete in the National Basketball League (NBL) pyramid and provide a pathway into senior men's basketball.

The move comes after a historic moment for basketball in the city when American-Polish forward Jeremy Sochan, who spent many of his formative years living and training in Milton Keynes, was selected ninth overall by the San Antonio Spurs in the 2022 NBA Draft.

For the Breakers, led by head coach Billy Beddow, they will compete in the NBL Division 3 and play home games at Bletchley Leisure Centre, which has capacity for around 400 spectators, with the goal being promotion at the very first attempt.

The Breakers will compete against a number of other basketball academies and university teams in the league, including the likes of the Northampton Mavericks, West Suffolk Wolves and the Kent and Canterbury Academy Crusaders.

To achieve their goals of winning promotion, a strong roster has been compiled with the majority of players coming from Milton Keynes or surrounding areas such as Luton and Bedford.

The roster includes the likes of former SUNY at Potsdam Bears guard Dante Langley as well as guard Michael New Jr, whose father, Mike New, once played for the Milton Keynes Lions before their move to London and was even a coach of Sochan's during his time in the city.

Life has begun positively for the city's newest men's team, who earned a dominating 104-68 victory over the BA London Lions in front of a sold out home crowd. This result saw the Breakers go undefeated through their first three fixtures, including pre-season victories over the Loughborough Riders II and the City of Birmingham Rockets.

There are 17 league games remaining in the regular season before the playoffs begins in April, with the potential for more fixtures should the team progress beyond the initial stage of the corresponding cup competition, with an away fixture against the Encon Derbyshire Arrows, who play in the NBL Division 2, this Sunday.

Following their cup round, the Breakers return to league action at home the following weekend to take on Anglia Ruskin University, where they will once again be hoping for another sell-out crowd.

More information about the team, including the full roster, fixture list and where to purchase tickets can be found on their website at https://mkbasketball.club/.

🎟 TICKETS ON SALE! Grab them whilst you can, we are expecting another sell out!

Watch the men take on Anglia Ruskin University on October 29th at Bletchley Leisure Centre as we look to keep our unbeaten start to the league going! pic.twitter.com/dVManTST5u