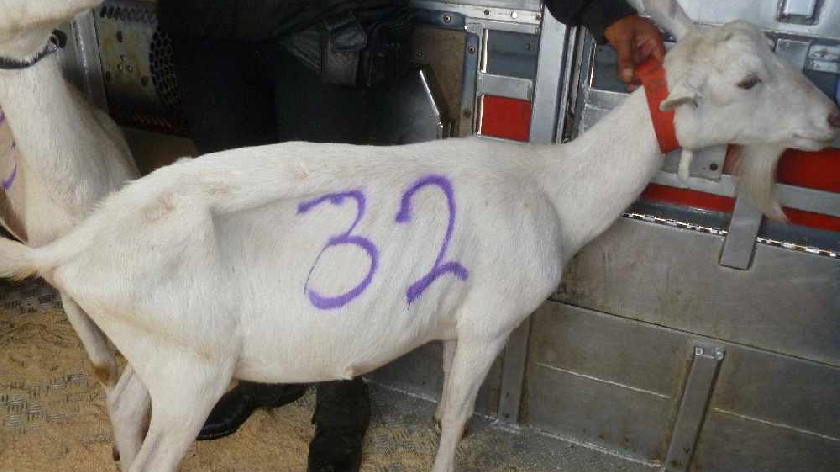 A Luton man has been sent to prison for 12 weeks and disqualified from keeping all animals for a period of 20 years following a prosecution by the RSPCA and Trading Standards.

Mohammed Malik (DOB 04/05/1983) of Rondini Avenue, Luton, appeared before Luton Magistrates’ Court on Friday 31 May for sentencing, after he had pleaded guilty to a number of animal welfare offences at an earlier hearing.

Prosecutor Janita Patel told the court the case concerned the neglect of a large number of animals kept by the defendant on a smallholding/allotment-type premises in Kempston.

The RSPCA and Trading Standards had made a number of visits to the premises during April to August 2018, and advice and warning notices were issued to improve the manner in which the animals were being kept. But this advice was ignored and as a result a multi-agency operation, involving police, RSPCA, Trading Standards, Animal Plant and Health Agency and vets was carried out in September last year.

Despite the nature of the operation the defendant obtained more animals and further complaints were made, and the RSPCA attended a further four times to remove animals on the last visit on February 4 - 368 pigeons, 38 chickens and three quails were removed.

During the investigation officers found an array of animals were found to be kept in poor unacceptable conditions, with insufficient water and food available. Animals were also in poor body conditions.

Poultry in poor body condition was kept in locations strewn with rubbish and hazards. There was also dead poultry carcasses left on site.

One vet who attended said that there had been gross negligence shown to each of the animals removed that had been under the defendant’s care, and that the animals had not had their needs met on multiple levels despite professional advice.

Speaking after the case RSPCA Inspector Susan Haywood said: “Despite visits by the RSPCA and Trading Standards giving advice and warning notices to improve the manner in which these animals were being kept, this was mostly ignored.

“The conditions of the animals, and the locations they were kept in, was shocking. Animals were in poor body conditions and were being kept in places without adequate clean water, grazing and feed.

“Some animals had their bones showing, others were lame and many had overgrown hooves.

“If someone takes on a large number of animals it is essential that they have the knowledge to look after them and also understand any regulations that may be relevant to the types they are keeping.”

He was also ordered to pay  £1,000 towards prosecution costs for the RSPCA and also the same to amount towards council costs and ordered to pay a surcharge of £115.

The defendant was also subject to prosecution proceedings by Bedford Borough Council’s Trading Standards team, pleading guilty to four offences under Animal By Products legislation, with these offences relating to failings to secure and dispose of carcases representing serious failures to reduce the risks of the spread of disease to the public and other animals.

Many of the animals signed over into the RSPCA care have been found new homes - and new homes are being sought for the remainder.

In mitigation the defence said he had shown remorse and had tried to make some improvements when warning notices had been given and that the defendant had a number of personal circumstances and difficulties at the time.