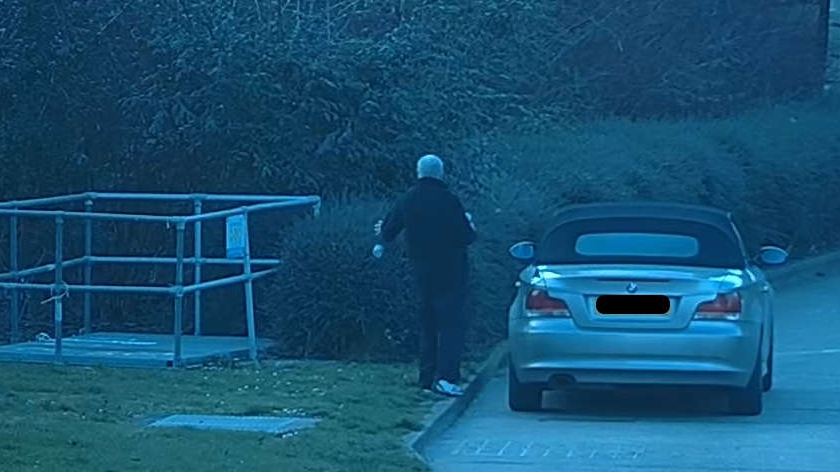 Great Linford Parish Council had installed a CCTV camera on Delaware Drive, Tongwell to look at a regular littering issue in that area.

The camera captured Alan Weight’s car parking up in a layby on several occasions and saw him discard packaging into a hedge.

He was caught throwing away drinks cans and leave bottles behind, before driving away.

After failing to cooperate with the councils Environmental Crime Unit, Weight pleaded guilty by letter to the Court and was fined £380 and ordered to pay £350 towards the Council’s investigation and legal costs.

He was also ordered to pay a £38 victim surcharge.

Cllr Lauren Townsend Cabinet Member for the Public Realm said, “CCTV is an effective tool for tackling environmental crimes such as littering, and we work in partnership with Parish Councils to tackle this anti-social behaviour.

“Since 1 April this year, 42 Fixed Penalty Notices have been issued for fly tipping and littering offences directly as a result of CCTV evidence. Numerous other cases, including prosecutions, are in the pipeline.”

This comes after MK Council launched its new fly tipping action plan last month with an additional boost of funding to tackle fly tipping across MK.

The funding will strengthen its enforcement and education work, invest more in CCTV to catch those committing environmental crimes, give new powers to local areas for community clear outs and introduce new litter wardens with powers to issue on the spot fines, plus more besides.